Apple iOS 12 update: the 17 biggest new features coming to the iPhone - The Verge 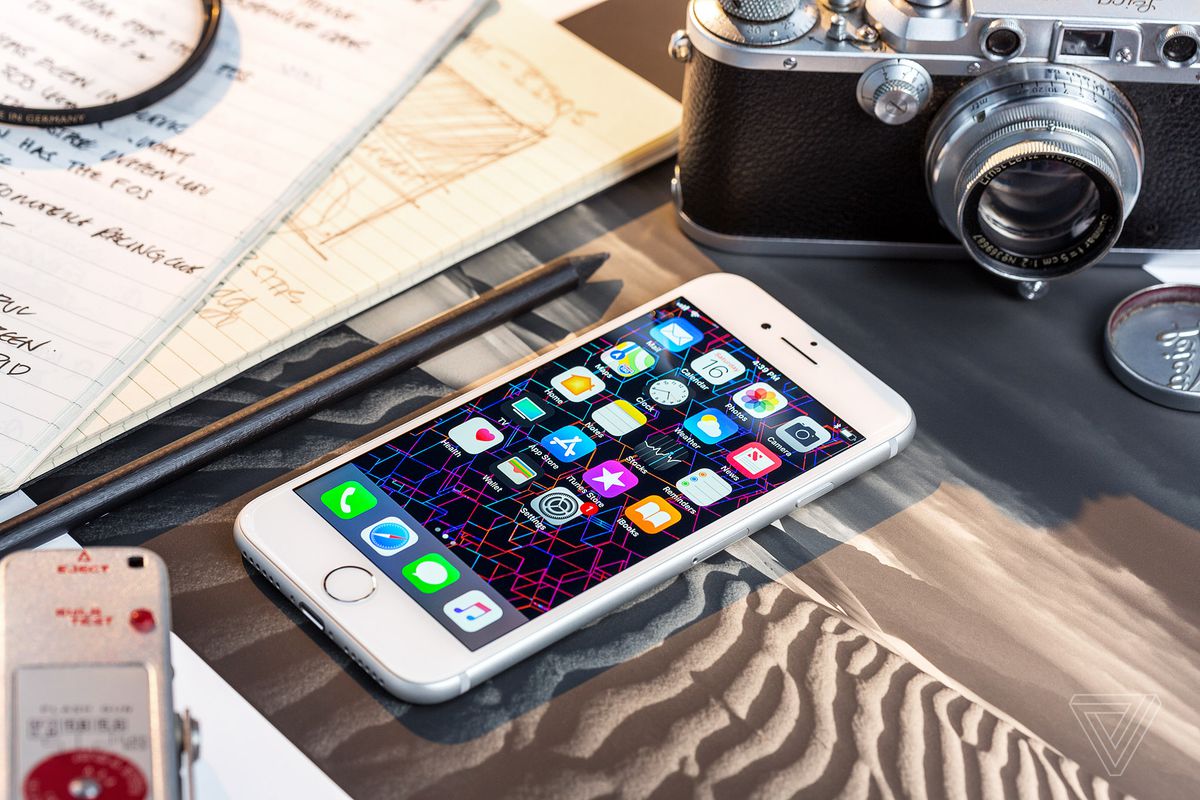 "We expected coming into WWDC that iOS 12 would focus less on major new features and more on improving performance and eliminating bugs, and that’s partially true based on what Apple showed onstage today. “For iOS 12, we are doubling down on performance,” said software VP Craig Federighi. But the new update for iPhones and iPads does include some significant additions, changes, and improvements. Screen Time, Memoji, Group FaceTime, and grouped notifications are just some of the new things that you’ll notice when you install iOS 12 this fall (or sooner if you join the beta coming later this month). The update will be available on all the same devices that received iOS 11.

Like Google, Apple is trying to help users strike a better, healthier balance between gadgets and life. A new Screen Time feature in iOS 12 will detail how much time you’re spending on your device and using individual apps. It can break down app usage by category (games, social media, etc.) and track which apps are sending you the most notifications. Screen Time will provide a weekly summary of your usage habits.

Similar to Android P, you’ll be able to set time limits for each app. iOS will automatically notify you when you’re running out of the allotment of time you’ve given to each application. A “time’s up” message will display when the counter runs out. If you want to continue using that application, you can simply request more time. Apple is also applying this abundance of usage data to parental controls, giving parents greater control over how often their kids are staring at a screen.

The roster of Animoji characters that first debuted with the iPhone X is expanding again with a ghost, koala, tiger, and tyrannosaurus rex. And starting with iOS 12, Animoji will be able to detect when you’re sticking out your tongue and mimic that.

But the bigger advancement around personalized avatars is what Apple calls Memoji. In iOS 12, you’ll be able to create characters that have your own appearance, choosing skin color, hairstyle, and outfitting your Memoji with accessories. It’s like a cross between Bitmoji and Nintendo’s Mii characters. Samsung introduced something like this with the Galaxy S9 to mixed reviews, but Apple seems to have put a lot of work into Memoji.

Apple’s video chat app will soon be capable of hosting more than one-on-one conversations. iOS 12 will introduce group FaceTime sessions that can include up to a staggering 32 people. Group FaceTime will be supported across iOS and macOS. When multiple people are on a call, their video windows will get larger when they’re speaking and shrink when they’re not. And for conversations where your face feels a little boring, you’ll be able to use Animoji and Memoji characters during calls.

Apple has been working with Pixar on a new file format specifically designed for augmented reality applications. It’s called USDZ, and Federighi likened it to “something like AR Quick Look.” A number of companies including Adobe, Autodesk, and Sketchfab have already announced that they’ll be integrating and building apps around USDZ.

iOS 12’s more powerful augmented reality is being put to use right away in a new Apple app called Measure. As the name suggests, the software allows you to accurately measure objects or walls around you. You put the object in the camera frame, tap and drag out a line, and it measures it. Several third-party apps already offer this functionality using ARKit, but now Apple is creating its own and taking advantage of the new, more precise AR capabilities in the upcoming version of iOS. Safe to say it’ll have a leg up on the competition.

Apple is trying to own the conversation around augmented reality and establish iOS as the platform that’s leading breakthroughs for the unique, mixed world experiences that AR makes possible. The company is updating its ARKit framework and giving developers the ability to create shared experiences; two users on different iPhones can see the same thing when running the same app.

The Photos app in iOS 12 will automatically offer up search suggestions. And a new “For You” tab will suggest filters and effects you might want to apply to images you’ve taken. Photos will also now make sharing suggestions. Friends who receive photos are prompted to share back their own pics and video from the same event. A lot of these new features are a clear attempt by Apple to catch up to Google Photos.

Apple claims Siri is the most popular digital assistant in the world, and to help bolster that lead, it’s allowing developers more integration with iOS 12. Third-party apps can build shortcuts to allow Siri to carry out popular quick actions. Apple demonstrated a simple “Hey Siri, I lost my keys” as an example of a shortcut built for the Tile tracking device.

In what might be a dream for power users, Apple is introducing a new Shortcuts app that lets users string together multiple actions that can be triggered by a single, custom Siri request. This, again, is something similar to what Google and Amazon are already doing with their respective digital assistants. But a dedicated Shortcuts application will help get users trying out this new functionality as soon as iOS 12 ships.

CARPLAY IS GETTING GOOGLE MAPS AND WAZE

Apple announced that its in-car platform CarPlay will add support for two of the most popular turn-by-turn navigation apps — Google Maps and Waze — after the launch of iOS 12.

The Apple News app is getting minor improvements such as a new Browse tab.

For the first time in years, Apple is putting real work into the iPhone’s built-in Stocks app. It’s coming to iPad, will support after-hours stock prices, and will now include content from Apple News that might be relevant to your current investments or influencing the market.

VOICE MEMOS IS COMING TO THE IPAD AND ADDING ICLOUD SYNCING

Apple announced that the Voice Memos app has similarly been redesigned and will come to the iPad with the release of iOS 12. And helpfully, your recordings will now be available across devices thanks to iCloud syncing.

Apple is rebranding its ebook app from iBooks to Apple Books. Along with the name change comes a refreshed design that focuses on discoverability. A new Book Store tab “makes it easy to explore new titles and browse the top charts, curated collections, and special offers,” according to Apple.