Brighthand.com - For iPod Touch-to-iPhone Conversion, Find a Peel or a tPhone

Image via CrunchBaseBrighthand.com - For iPod Touch-to-iPhone Conversion, Find a Peel or a tPhone

At least two Chinese companies have created some very special accessories for owners of an iPod Touch who can't afford an iPhone: cases that turn their handheld into a smartphone.
Two new iPod Touch cases -- the Apple Peel 520 and the tPhone -- are both being touted as offering capabilities for voice calling and texting while also giving physical protection to the handheld computer.
Priced at just $57, the Apple Peel is made of rubber. The more expensive tPhone costs anywhere from $100 to $150, but includes a hard plastic cover. A jailbroken iPod Touch is required to use either.
A few weeks ago, the FCC seemed to have outed a third such device by posting a photo showing a product that looked a lot like the Apple Peel and tPhone. The picture made a reference to Sprint, too. However, the U.S. federal agency has since taken down the photo and most of the related documents from its site, apparently at the request of ZTE Corp., a Chinese company which had made an FCC filing for U.S. product approval.
The Apple Peel
If you think an iPhone is expensive in the US, it's even more so in China. In an instant messaging (IM) conversation with CNN, the Apple Peel's inventor gave economics as his inspiration for coming up with the unique rubber cover for the Touch.
In China, an iPhone is priced at anywhere between $588 and $730, whereas the iPod Touch goes for a mere $230, according to the Apple Peel inventor, who would identify himself only as Maxpy.
The Apple Peel includes a battery and dock connector, plus a SIM card slot for enabling voice calling. Yoison Technology, a start-up company founded by Maxpy, also provides software with the case to give the iPod Touch its iPhone functionality and to enable texting.
Those who are interested in buying the Apple Peel will probably have a wait on their hands: Maxpy told CNN that mass production of the product is on hold until Yoison determines whether the Peel violates any intellectual privacy (IP) rights. So far, Yoison has only pre-sold about 150 of the iPod Touch covers on the Chinese e-commerce site Taobao.com.
More...

Posted by John H Armwood II at 4:16 PM No comments:

Google on Thursday released a new version of its Chrome browser that patches nine security vulnerabilities, including two critical threats.
Version 5.0.375.127, available for Windows, Mac, and Linux PCs, comes roughly three weeks after a security patch that fixed five Chrome flaws. Google usually updates Chrome every 2 to 4 weeks.
Software vulnerability tracker Secunia rates the latest Chrome update as "highly critical," its second-highest ranking after "extremely critical."
One Chrome flaw has an "unknown impact," while others "can be exploited by malicious people to conduct spoofing attacks and compromise a user's system," according to post on Secunia's site.
In addition to the two critical flaws, Chrome 5.0.375.127 patches seven less-serious threats, including one medium and six high-level vulnerabilities. The two most-serious, critical issues include a crash on system shutdown due to a notifications bug, and memory corruption with the file dialog, according to Google.
More...

Apple may be planning on addressing performance issues related to iOS 4 on the iPhone 3G. Steve Jobs allegedly responded to an iPhone 3G owner who voiced frustration that v4.0.1 and v4.0.2 failed to provide a fix, according to MacRumors.
"Software update coming soon," Jobs wrote, without going into further detail.
The company recently admitted that it was looking into reports of problems running iOS 4 on the iPhone 3G. Customers have complained of problems with extremely sluggish speed, overheating, battery drain, and several other issues.
Apple has yet to provide a launch date for the next iOS update, which is expected to be v4.1.
By MacNN Staff
More...

Facebook Places: What you need to know | Social Media | Macworld 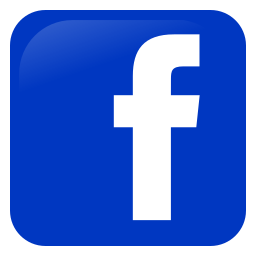 Image via WikipediaFacebook Places: What you need to know | Social Media | Macworld

Facebook on Wednesday launched its new location-sharing feature called Places. Similar to other location-based services such as Gowalla and MyTown, it allows you to signal your presence at a bar, restaurant, arena, or other location via Facebook. The social network's focus appears to be on simply sharing your location with your friends as opposed to including gaming elements or promotional check-in incentives that you find with other location services such as Foursquare
Places promises to be an interesting addition to Facebook, and could increase the popularity of location sharing in general. But before you start checking in to every restaurant, movie theater, and bar you visit, here's what you need to know.
Places basics
At launch, Places will be available to U.S. users only. You can check into a location in two ways: through the Facebook iPhone application or by pointing your mobile browser to touch.facebook.com. The browser-based version of Places will work only if your device supports HTML5 and geolocation.
Just tap the Places icon and you'll see a list of nearby Places. Tap on your location from the list, and you can check in, tag any friends who are with you, and add a status update. When you tag a friend, you will be checking them in if they allow third party check-ins. If your friend doesn't allow third party check-ins, then tagging them will be just like tagging them in a status update. No actual check-in will happen.
You can only check in people who are on your Facebook friends list, and only when you first check into a location yourself. You can see who else is at your location under the "People Here Now" section for that place.
Facebook says all Places check-ins are visible only to friends by default unless your master privacy control is set to "Everyone."
More...

Posted by John H Armwood II at 9:17 PM No comments:

Tracking The Companies That Track You Online : NPR

Tracking The Companies That Track You Online : NPR

One of the fastest-growing online businesses is the business of spying on Internet users by using sophisticated software to track movements through the Web, so that the information can be sold to advertisers.
Julia Angwin recently led a team of reporters from The Wall Street Journal in analyzing the tracking software. They discovered that nearly all of the most commonly visited websites gather information in real time about the behavior of online users. The Journal series identified more than 100 tracking companies, data brokers and advertising networks collecting data — which are then sold on a stock market-like exchange to online advertisers.
In a recent conversation with Fresh Air contributor Dave Davies, Angwin explains how consumer surveillance works, how users can disable the tracking software — and how advertisers are continually evolving to keep up with the data they receive. She notes that many Internet users are unaware that their information is being tracked and then traded.
More...

Posted by John H Armwood II at 1:43 PM No comments: 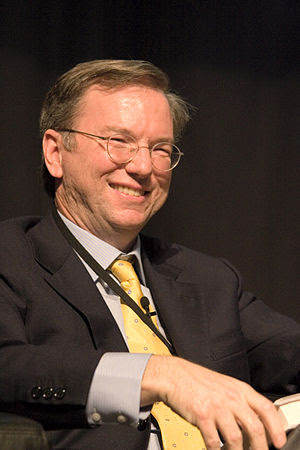 Young people may have one day have to change their names in order to escape their previous online activity, Google boss Eric Schmidt has warned.
Mr Schmidt told the Wall Street Journal he feared they did not understand the consequences of having so much personal information about them online.
The firm has been busy bolstering its social networking presence recently.
Google has acquired Slide and Zynga, two firms specialising in games and apps for social networks.
Many believe the acquisitions are a sign that the search giant is about to launch another social network. Some commentators have already given the rumoured product a name: Google.me.
Continue reading the main story
Related stories
Are you ashamed of your online past?
Google's plans to take over the social networking world
Google pulls the plug on Wave
It already owns two other social networks; Google Buzz, launched in February 2010 and its first foray known as Orkut.
Buzz proved controversial when it linked up with people's Gmail accounts without asking their consent, meaning that their contacts were publicly visible.
Young folly
On his prediction that people may change their names, Mr Schmidt said: "I don't believe society understands what happens when everything is available, knowable and recorded by everyone all the time... I mean we really have to think about these things as a society."
Continue reading the main story
“
Start Quote
As a society, we are just going have to become a bit more forgiving of the follies of youth”
Suw Charman-Anderson
However, Mr Schmidt said that Google would likely store more personal information about its users in the future.
At the moment, he said, "we know roughly who you are, roughly what you care about, roughly who your friends are."
But, according to some experts, his concerns about the future are "overstated".
"The idea that everything is stored online is not true," social media consultant Suw Charman-Anderson told BBC News.
"It will be quite some time before that can become true because of the enormity of the internet."
More...

Posted by John H Armwood II at 8:08 AM No comments:

At 15, Microsoft's Internet Explorer at a crossroads | Beyond Binary - CNET News

Image via WikipediaAt 15, Microsoft's Internet Explorer at a crossroads | Beyond Binary - CNET News

by Ina Fried
Thanks to corporate use and ties to Windows, Internet Explorer has remained dominant in the browser space ever since it won the first browser wars with Netscape a decade ago.
However, by allowing the browser to stagnate after the release of Windows XP in 2001, Microsoft created an opening that paved the way for the rise of Firefox and, more recently, Google's Chrome.
As a result Internet Explorer celebrates its 15th birthday Monday as market leader and like an upstart trying to compete against powerful rivals.
Arguably, the browser has never been more important--or competitive. As of July, Microsoft had just over 60 percent of the market, gaining share for two months in a row after years of ceding ground to Firefox and Chrome. Firefox, meanwhile, held about 23 percent, Chrome about 7 percent, and Apple's Safari roughly 5 percent, according to Net Applications.
More...

Posted by John H Armwood II at 7:46 PM No comments:

Apple's New iAds Platform Is Slow to Take Off - WSJ.com

Apple's New iAds Platform Is Slow to Take Off - WSJ.com

Apple Inc. is facing some early challenges in its closely watched mobile advertising foray, with some ad campaigns experiencing delays as agencies attempt to learn the new system amid Apple's tight control over the creative process, according to ad executives.
Since launching its iAd mobile advertising service on July 1, Apple has been slow to roll it out. Of the 17 launch partners Apple named for iAd, only Unilever PLC and Nissan Co. had iAd campaigns for much of July. Of the remaining 17, Citigroup Inc., Walt Disney Co. and J.C. Penney Co.—which tied its campaign to the back-to-school-season—have since launched iAd campaigns and other companies are planning iAd efforts.
Part of the reason some marketers are experiencing delays in getting their iAds to market is that Apple has kept tight control on the creative aspects of ad-making, something advertisers aren't used to, according to several ad executives involved with creating iAds.
Access thousands of business sources not available on the free web. Learn More
That has made the creation of the mobile ads laborious, taking about eight to 10 weeks from brainstorm to completion—longer than normal for most mobile ads, executives said. The building of the actual ad, handled by Apple, in some cases is taking two weeks longer than expected, one person added.
"It's a huge issue having Apple in the creative mix," said Patrick Moorhead, director of mobile platforms at DraftFCB, an ad agency owned by Interpublic Group of Cos. Mr. Moorhead isn't working on any iAds.
At least one company appears to have dropped their iAd efforts for now. Luxury marketer Chanel SA, one of Apple's iAd launch partners, said it doesn't have a campaign planned at this time.
More...