The world's largest chip maker, Intel, is changing its approach to making faster computer microprocessors.
It has dropped plans to release a four gigahertz version of its flagship Pentium 4 chip.
Intel's shift reflects a change for the chip industry, which is moving away from boosts in megahertz and gigahertz.
Instead it is looking to boost chip performance in ways other than simply increasing computational brainpower, also known as clock speed.
Dual power
In the past, chip makers have been involved in a speed race, looking at ways of increasing a microprocessors clock speed.
This is a measure of how fast a chip can crunch numbers
Intel's current fastest chip processes computer instructions at speeds of up to 3.6GHz.
The promised 4GHz chip was supposed to power the fastest-ever generation of Intel-based PCs early next year.
But Intel has cancelled those plans to focus on other ways of getting more out of chips, such as its dual-core project.
This involves putting the power of two microprocessors in a single package, thus offering faster computing.
Engineers are also working on ways of tweaking chip design to squeeze more power out of them.
Intel has pushed the clock speed of its PC chips since the launch of the 5MHz 8088 processor in 1979.
Its decision marks a shift in the quest for speed. Rivals like AMD have also adopted a similar approach, looking at other ways of making chips that can handle more than one task at once, such as playing music and making a home video.
The latest change in Intel's strategy follows a series of other miscalculations by the company.
It delayed a new line of laptop chips in January, recalled a desktop chip in June and pushed back another laptop chip in July.
Story from BBC NEWS:
http://news.bbc.co.uk/go /pr/fr/-/2/hi/technology /3746640.stm 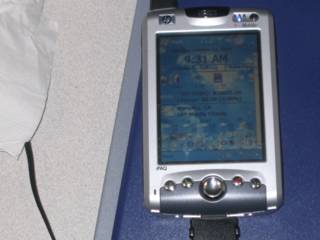