By Nick Mediati, PCWorld Feb 25, 2011 8:50 PM
Sick of waiting for pages to load on your mobile device? Get an iPad or iPhone. That’s the upshot of a mobile browser speed study done by a company called Gomez. They found that Apple’s mobile version of Safari was fastest and BlackBerry’s browser the slowest.
According to Gomez, the iPad fully loads pages in 8.4 seconds on average. The iPhone comes in second at 19.7 seconds, followed by Android at 36.5 seconds, and Blackberry at 61 seconds.
Gomez also analyzed perceived page loading times--that is, how long it took each browser to load the items visible "above the fold" on screen (i.e. the elements visible to you when you first visit the page without scrolling down). Perceived load times are shorter because … In this, the iPad again came out on top, with a perceived load time of roughly 6.6 seconds. The iPhone clocked in at about 15.7 seconds, followed by Android at 28.2 second, and BlackBerry at around 43.8 seconds.
Some have tested mobile browsers on a particular OS--such as our Android browser comparison from September--or have compared browsing on one phone to browsing on another, but as far as we're aware, nobody else has released this sort of mobile browser speed comparison before.
Browser Testing: No Clear Winners
These are by no means end-all, be-all numbers. Browser speed testing can be a bit of a thorny issue. There are many variables involved, depending on your hardware, your network connection, your operating system, the Web site itself, and so forth. For example, Gomez's numbers don't match up exactly with the testing we've previously done.
In the case of Gomez, the company, which helps companies improve the performance of their Websites and applications, decided to take what it considers to be a "real-world" approach to measuring browser performance. Its data is based on over 282 million Webpages served across over 200 popular sites. Gomez used data collected from business customers that use its performance monitoring services. It only takes into account Webpages visited using the browser included with the operating system, so browsers like Opera Mini were not included.
Also, since the data is in aggregate, it includes data from both Wi-Fi and cellular network users, and users from different cellular networks. It also includes data from all sorts of different phones and tablets with different hardware configurations. Still the information they provided to us is interesting, and gives us at least an idea of what the general experience of using each browser is like.
And as we've said in the past, other factors beside speed should dictate your choice in browsers--and now, smartphone OSes. Go with whatever works best for you.
How about you? Do Gomez's numbers reflect what you've experienced? Let us know what you think by leaving a comment below.

Posted by John H Armwood II at 3:55 PM No comments:

Chrome Browser Acts More Like an OS, But Security Is Unclear - PCWorld

Image via WikipediaChrome Browser Acts More Like an OS, But Security Is Unclear - PCWorld

With the capability to run apps in the background, Google’s making its Chrome browser even more like an operating system and is attempting to change the way we work forever.
By Keir Thomas
Feb 25, 2011 12:42 PM


Google has announced that forthcoming releases of its Chrome browser will be able to run apps in the background. Essentially, the feature moves Chrome one step closer to becoming a true application platform--and with continuing efforts to develop HTML5, in a few years time it's very likely the Chrome browser will have more in common with an operating system than a humble Web browser.
Google says the new feature will see use "checking for server-side changes and pre-emptively loading content into local storage," and it's not hard to imagine how apps could use the feature. A chat application could listen for messages, for example, and then pop up a new window should somebody want to message you. A cloud office suite could watch for changes made to your online docs and download them locally, ready for you to work on them instantly when you choose.
The background processes keep running for as long as Chrome is running, even if no browser windows are open. Right-clicking the taskbar icon will allow users to see what background apps are running.
One of the central definitions of a contemporary operating system is the capability to run tasks in the background. MS-DOS did it with infamous terminate-and-stay-resident programs, while Windows does it with Services. Linux and Unix use daemons.
As with those operating systems, significant security issues come up with the capability to run background apps. Running code in the background without the user's knowledge is the modus operandi of viruses, for example.
It's not clear how Chrome is going to be able to tell apart good and bad background processes, or whether Google intends to rely on third-party applications like antivirus suites to do so.
Google says "backgrounding" will be allowed only for apps and extensions, and not Web pages, which will avoid drive-by infections from nefarious Websites. Chrome users already have to confirm installation of apps and extensions, giving security warnings at the time. If the app or extension isn't offered via Google's official distribution channels, it's usually blocked from installation unless the user makes a configuration change allowing it.
However, as anybody who's used the Android Marketplace will know, Google takes a laissez-faire attitude towards monitoring apps. Last year the company pulled around 50 third-party and unauthorized Android banking apps from the Marketplace after suggestions came up that they could easily be used to harvest account details.
To ensure user safety, the bar for app and extension quality is going to have to be set high, and there's no indication in this announcement that that's going to happen.
However, security issues aside, Google's efforts will bring a smile to cloud computing advocates. By blurring the distinction between browser and operating system, Google's making it far more intuitive for us both to work and store our data online. Of course, data is what Google is interested in, and it seems Google won't be satisfied until it has control of all the data in the world.
It's not hard to imagine a future scenario whereby we first boot our computer and then "boot the Internet" by double-clicking a browser like Chrome. Upon starting, Chrome will automatically log into all our favorite Web applications, and start any necessary background services. The new tab screen within Chrome, which shows installed apps, could easily evolve into a desktop-like experience in the future, wherein users are able to start and stop apps, and manage any data stored online.
A lot has been written about whether the Chrome browser or OS will ultimately succeed, but it's not an either-or situation. It's better to view the projects as two heads of the same animal. If you buy a new computer, then Google can provide an operating system, but if you prefer to stick with what you know--such as Windows, Mac OS X, or Linux--then Google will offer you the same functionality via a program you can download.
Essentially, Chrome browser and Chrome OS are heading in the same direction, which is to turn the Internet into an platform where we all can work. If we're ready to abandon our desktops, however, is yet to be seen.
Keir Thomas has been making known his opinion about computing matters since the last century, and more recently has written several best-selling books. You can learn more about him at http://keirthomas.com. His Twitter feed is @keirthomas.

Posted by John H Armwood II at 8:16 PM No comments:

Some of the very earliest benchmark tests of Apple's new MacBook Pros have shown them fast enough to outperform some Mac Pro workstations. Geekbench scores for the new 2.2GHz and 2.3GHz quad Core i7 processors are regularly reaching over 10,000 and producing better integer and floating point scores than Apple's pro towers from a year or two ago. Some results, such as one test for a 2.2GHz MacBook Pro, are outperforming the 3.2GHz and 3.33GHz quad-core Xeons from Mac Pros in 2010 and 2009 respectively.
The benchmarks are chiefly testaments to the optimizations behind the Sandy Bridge architecture in the Core i7. Intel's new design works on a smaller, more efficient 32 nanometer process where earlier chips were working on 45 nanometer technology. Sandy Bridge also has important design changes that can better handle out-of-order execution and otherwise calculate more per clock. Although the clock speed is much lower, Turbo Boost will often ramp the clock speed significantly higher and can close the gap significantly in a high-demand situation such as a benchmark.
The base 15-inch MacBook Pro, with a 2GHz Core i7, hovers at about 8,800 points in Geekbench and can outrun either the very earliest eight-core Mac Pros from 2008 or a late 2009 27-inch iMac with a 2.8GHz quad Core i7.
Quad-core notebooks aren't new and have been present in the Windows PC market for more than a year, but most of these are desktop replacements and mobile workstations that are often considerably thicker and heavier. The new MacBook Pros are some of the first quad-core portables to keep a thin profile and long battery life, and their performance relative to much larger and more expensive workstations may be part of a rare closing of the gap between desktop and mobile. [via 9to5

Posted by John H Armwood II at 8:18 AM No comments:

Posted by John H Armwood II at 1:58 PM No comments: 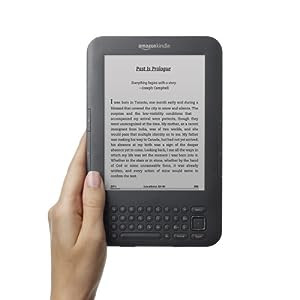 Posted by John H Armwood II at 8:37 AM No comments: