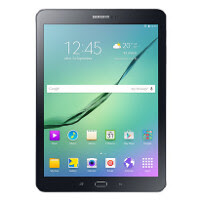 Samsung has made a pretty interesting tablet, and aping its main competitor's sizes seems to have paid off to some extent. That's not to say Samsung didn't include its own touches in the form of better reading modes and a design that's recognisably "Samsung." I expect there will be some interest for this new tablet, especially given the fact that new iPads are still a few months away.

When is Windows 10 coming to your favorite PC brand? It's complicated - CNET

For the last couple of months, the official July 29 launch date for Windows 10 has been drummed into our heads. In recent weeks, however, that date has come to look more like the starting line than a finish line. According to Microsoft, that July 29 date is when the first wave of Windows users will be able to download the official version of the new operating system, which is a free upgrade for (most) existing users of Windows 7 and Windows 8.

But if you're looking to just buy a brand-new PC with Windows 10 already installed, it won't be as simple as lining up outside your favorite electronics store the morning of July 29 and walking out with a new laptop under your arm. Nor is it a sure bet that if you order a new computer online on July 29, it will ship with Windows 10.

In fact, some of the major PC makers -- Dell, HP, Acer, Lenovo, Toshiba, Asus and Samsung -- seem to find Microsoft's upgrade rules and timetables as confusing as everyone else. We asked each company if it would be selling Windows 10 PCs on July 29, and if not, when the computers sold in stores and online would come out of the box with Windows 10 pre-installed. The responses ranged from specific to vague to dodging the question entirely.

When is Windows 10 coming to your favorite PC brand? It's complicated - CNET
Posted by John H Armwood II at 7:48 AM No comments: