WebIS has just announced a new release of its best seller software for Windows Mobile Pocket PC. Pocket Informant 5.2 sports a revamped Notes View providing robust support for Outlook Notes in any number of folders and storage cards, PhatWareÂ’s PhatNotes and PhatPad products, and Sound files complete with the ability to search the contents of all notes. As well users will find a plethora of improvements in the Month View, Tasks, Editors, Journaling, and the user interface.

The new notes view displays the contents of all PhatNotes databases and all Outlook Notes/Sound files in a tree allowing for the standard tap/hold menus, drag and drop to move notes or convert them between PhatNotes/Outlook formats, and of course a preview window for notes.

Pocket Informant 5.2 is a free upgrade to all current users and also includes a free copy of PhatWareÂ’s PhatNotes Lite.

Users can visit the What's new page to check the changes in this version, and download the update from the WebIS website. 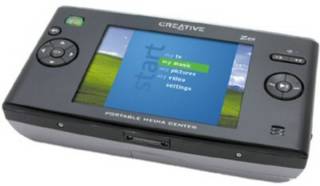 Posted by John H Armwood II at 3:46 PM No comments: 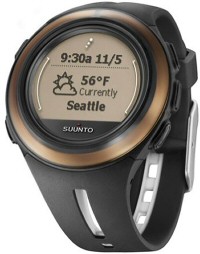 Posted by John H Armwood II at 3:43 PM No comments:

Amazon is running a few promos actually on the new Portable Media Center, so if you are planning on getting one, you might as well get a new smart watch!

PC Magazine > Messages Can Be Forever

I'm surprised that it's just dawning on people that text messages sent via wirelessly enabled PDAs, pagers and, of course, mobile phones can be retrieved and read by third parties.

This was cast into the light recently when the defense in the Kobe Bryant sexual assault case announced that they may investigate text messages sent among Bryant's accuser, a former boyfriend, and another friend.

For those who don't know, SMS (Short Message Service) text messages are not sent in a peer-to-peer-style manner. In other words, SMS-enabled phones do not connect directly. Text messaging is a store-and-forward technology. One person types a message and sends it to the service provider (Cingular, T-Mobile, Verizon, etc.). The provider then sends that message to the intended recipient. This is much the same way e-mail works. And in most circumstances, there's some record of the information contained in these messages left on the server.

At some point, people have to get over the idea that what they do electronically—e-mail, text messaging, surfing Web pages—is ephemeral. Those ones and zeros may occupy very little physical space, but they are eminently retrievable and could dog you for decades. I'm not just talking about messages, either. Your voting record on something as silly as American Idol is likely stored on a server somewhere. So, what if you start using the mobile phone to weigh in on something more important, like your opinion about the upcoming presidential election? You may suddenly be pigeonholed as a Democrat or Republican supporter.

SMS is not, however, exactly like e-mail. The messages have one severe limitation: Most can be no longer than 160 characters—unlike e-mail, where the limitless capacity of mail servers allows people to blather on for thousands of incriminating characters. This does mean that whatever messages remain on servers will probably be cryptic, at best.

Even so, it's worth checking with your cell-phone service provider to see what kind of SMS storage policy it maintains. Does it store everything it forwards, or only store messages until it forwards them and knows that the message was successfully received? Perhaps it holds onto the messages for a few (or more) days. Verizon, for example, automatically stores messages for up to five days (in case the recipient's phone is turned off). Verizon's text-messaging FAQ also says users can store text messages for as long as they like, but isn't clear on whether the messages are stored on the cell phone or on Verizon's servers.

Posted by John H Armwood II at 3:20 PM No comments: 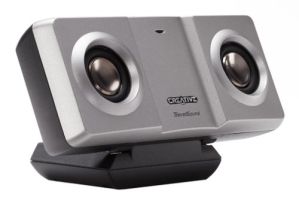 Posted by John H Armwood II at 7:18 PM No comments:

Pocket PC Thoughts - News, Views, Rants & Raves: "Portable Audio: Creative's TravelSound Travel Speakers
By Jason Dunn on Tuesday, August 10, 2004
One of the things I don't like about my current laptop, a Fujitsu P5010D, is that the speakers just aren't very loud. With it's wide, crisp 12' screen, it's perfect for DVD playback but the lack of audio punch makes watching DVDs practical only when using headphones. So I set out looking for a set of external speakers that would connect to the laptop and give me more audio, yet still be small enough to easily travel with me. My first attempt was a set of small $20 un-powered Sony speakers that were touted as being a walkman accessory ?the audio level was no louder than what my laptop could produce (being un-powered was my first clue that they wouldn't be sufficient).

Next I tried a much more expensive solution: the Creative TravelSound speakers. At $75 CND, this was more than I was comfortable spending, but I knew I could return it if I wasn't happy. Here's a quick Photo Review of the Creative TravelSound speakers, an accessory appropriate for any type of portable audio device, including a Pocket PC and Smartphone."
Posted by John H Armwood II at 7:13 PM No comments:

Back in March we got more than a hint of what new content was planned for MSN Direct. Fossil posted a mini-site that showed a number of new channels, including sports, traffic, dining guide, movies and daily diversions. Two of those have already been released and there are now numerous indications that movies are coming soon.
Thanks to detective work by several forum members including AdamJaz and codylawyer, it's apparent that movie content will likely be the next MSN Direct channel. The MSN Direct support pages have had references to adding movie content to watches, but those were quickly removed. This time we were lucky enough to grab a screen shot of another reference on the support site."
Posted by John H Armwood II at 4:16 PM No comments:

Om Malik passes on a rumor that Sony may be reentering the US PDA market with another Clië - this time running Windows Pocket PC operating system. Although there's not much to go on at the moment - just the overheard comments of a Sony executive - it would be an interesting turn. The PDA market in general is stagnating, with Palm's share slowing slipping in most segments. But it also seems weird to scrap five+ years of PalmOS experience just to move back into the PDA segment with an operating system that plenty of others are already leaving behind, as well.

And a Symbian PDA? It could happen - Nokia is working on one - but for whatever reason I just don't see that coming from Sony unless it's in the form of a smartphone. Overall, though, I consider the whole thing unlikely.

Posted by John H Armwood II at 4:13 PM No comments:

New York crude oil shot to an all-time high, flirting with 45 dollars a barrel as Iraq's southern oil fields halted pumping because of a threat by Shiite militiamen.
Light sweet crude for delivery in September surged 1.02 dollars to 44.97 dollars a barrel early afternoon, thundering past the previous record, set Friday, of 44.77 dollars.
Iraq oil pumping stopped as factional fighting raged.
The Southern Oil Company ceased production for 'security reasons' after Shiite militia threatened to attack infrastructure, spokesman Mohammed al-Mohammedi said.
The south had been the only outlet for Iraqi oil. An attack on the pipeline to Turkey halted northern shipments last week."
Posted by John H Armwood II at 3:12 PM No comments:

Brighthand � Toshiba Giving Up Consumer Handhelds: "Toshiba Giving Up Consumer Handhelds
Concentrating Solely on Professional Market
By Ed Hardy | Editor-in-Chief
Aug 9, 2004
Over the last several months, there have been conflicting reports about Toshiba's plans for the handheld market.
Sources have told Brighthand that this Japanese company will pull out of this market in the coming months. Also, customers in Europe have reported being told by Toshiba employees that this company is leaving the handheld market.
Recently, however, some Toshiba executives in France told 01net that their company is going to focus entirely on the professional market, and not create any more handhelds for the general public. These executives said nothing about completely leaving the handheld market. "
Posted by John H Armwood II at 3:09 PM No comments:

The long awaited Service Pack 2 for Windows XP will be on your XP based PC soon. Beta testers and subscribers to MSDN may already have it. Microsoft will put it on the Windows Update site and push it out via Automatic Updates in the coming days and weeks.

I mainly wanted to alert you to a few changes in SP2 that will apply to mobile device users that use ActiveSync. By default, XP now enables the 'Windows Firewall' which replaces the anemic 'Internet Connection Firewall' that came with XP in 2001. You will need to create two exceptions in the new Windows Firewall for ActiveSync, but XP should help you do this with relative ease."
Posted by John H Armwood II at 2:55 PM No comments: