Which Apps Are Threatened by Apple's Upgrades? - NYTimes.com

Which Apps Are Threatened by Apple's Upgrades? - NYTimes.com
By SAM GROBART and JENNA WORTHAM 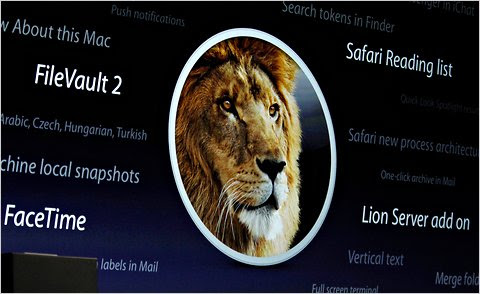 Beck Diefenbach/ReutersAmong the updates to Apple’s OS X operating system was a Safari reading list that works much like Instapaper.

How do you know if you’ve created a really great, useful iPhone app? Apple tries to put you out of business.

That may be overstating it, but a number of new features for Apple’s operating systems that it announced at its Worldwide Developers Conference have been available through existing apps and services for some time. Some of those apps are quite popular, and have been lucrative for the people who developed them. Here’s a quick rundown of some of the services and applications that will be living in a changed world thanks to Apple’s new operating systems for Macs and iPhones:

Instapaper and Read It Later: Safari’s new Read Later feature allows you to access Web pages that you have saved for later across multiple iOS devices. You know, like Instapaper. (Update: The creator of Instapaper comments on the announcement.)

Readability: The new Reader mode in Apple’s Safari browser strips down online articles to images and a rolling column of text. Readability basically did the same thing.

Boxcar: This nifty app lets people manage their notifications in a single place, instead of having them pop up on their iPhone’s screen willy-nilly. The new Notifications panel in iOS 5.0 centralizes notifications in the same way.

To-do apps like Remember the Milk: Apple’s new Reminders feature can alert you to do something you’ve written down either based on time or location (pass by a grocery store you’ve marked in the app and you will be reminded to, um, remember the milk).

Camera+, QuickPix: One of the complaints about the iPhone’s camera is that it can take a while to get to when you want to take a picture in a hurry. Some apps used their faster start-up time as a selling point. The upgrade to the iPhone’s software includes the ability to place a camera button on the lock screen, for quick access. Users can also use a volume button as a shutter release, something Apple denied an app, Camera+, in December 2010.

Photo editing tools: While the popular filters of Hipstamatic andOldCamera do not seem to be in jeopardy, new features in the Photo app include cropping, red-eye reduction and one-touch auto-enhance, which may be enough for some picture takers.

Dropbox and other cloud storage services: iCloud, Apple’s free solution for storing documents and photographs in the cloud, may eradicate the need for independent services that let users do the same thing.

GroupMe and other messaging apps: iMessage will let Apple customers send messages to groups of friends — something that start-ups like GroupMe, Kik, TextPlus, FastSociety, Pinger and their ilk have been doing for months.

Better Touch Tool – A Mac OS X application that let you use multitouch gestures on a touchpad, which OS 10.7 has built in.

DropCopy – Drag and drop files to other users on your network. Just like AirDrop, which Apple announced was part of OS X today.

Zinio – A service that billed itself as “The World’s Largest Newsstand.” And it may be. For now. But what about after all iOS users have Apple’s Newsstand preloaded in their devices?

Apple clearly values their developers. They are a source of innovation and development. The company was proud to announce during the keynote that it had paid out more than $2.5 billion to developers. But there is another message to developers too: If you are really good at what you do, you will be assimilated.

Posted by John H Armwood II at 5:48 PM No comments:

iOS 5: What you need to know | Mobile | Macworld

Recently I considered, in a best-of-all-worlds fashion, what media in an iCloud might look like. With the official unveiling of iCloud we now know the reality. While I certainly didn’t get everything on my wish list—streaming music and video, remote access to media stored on your computer, and an iTunes music subscription service—iTunes in the cloud is a solid step forward for consumers and one that should cause Google and Amazon to strongly consider their next moves.

The key components of iTunes in the Cloud are these: The ability for you to push new iTunes music purchases to your iOS devices and computer, the opportunity to re-download music that you’ve purchased from the iTunes Store, and (for an annual fee of $25) the option to have access to not only the music you’ve purchased from the iTunes Store, but any music stored in your iTunes library—including music you’ve ripped or purchased from another outlet such as Amazon MP3. In real-world use the three break down this way:

Pushy music On your iPhone (or other supported iOS device), you navigate to Settings -> Store. There, you can enable an Automatic Downloads option individually for Music, Apps, and Books. You later purchase an album on your Mac. That album is then automatically downloaded to your iPhone when it’s connected to the Internet via Wi-Fi or, optionally, 3G. And it can go in the other direction—iPhone purchases are automatically downloaded to your computer or other iOS devices.

Download music (again) In the past if you lost your purchased music because of a computer crash (and the lack of foresight to back up your purchases) you had to ask Apple if you could pretty-please download them again. Permission was invariably granted, but it was a pain. That roadblock is gone with iTunes in the cloud. Now you can re-download the unprotected music you’ve purchased at a bit rate of 256kbps AAC. If you purchased DRM-protected 128kbps AAC files and re-download them, they’ll download in the same format. Regrettably, the tracks aren’t updated to DRM-free 256kbps AAC files. You still have to pay 30 cents per track or $3 per album to upgrade them to that format.

You can currently re-download your music on an iPhone 3GS, iPhone 4 (GSM model), iPod touch (3rd and 4th generation), iPad, or iPad 2 running iOS 4.3.1 or later by launching the iTunes app, tapping the Purchased button, choosing the song or album you wish to re-download, and tapping the cloud button. The music will then download to your device. You’ll similarly see Purchased buttons in the App Store and iBookstore apps and they work the same way. Choose content you’ve previously purchased and download it to your device (you’ve been able to re-download apps and books for a while, but the process wasn’t always very clear).

Re-downloading purchased music on an iPad
iTunes 10.3 offers a similar scheme. The difference, of course, is that you can do it all from within a single Mac or Windows iTunes application rather than separate apps on an iOS device. When you click on the Purchased link on the iTunes Store's Home page to visit the Purchased screen, you’ll see links to purchased music, apps, and books. Select the category you like, and the items you’ve purchased appear on screen. Click a Cloud button next to the item you want to re-download and it’s downloaded to your computer. (Although the version of the iTunes Store found in iTunes 10.3 allows you to purchase and download books—and re-download books you've already purchased—those books are still viewable only on iOS devices.)

iTunes' Purchased screen
There’s one catch for albums no longer available at the iTunes Store. According to Apple: “Previous purchases may be unavailable if they are no longer in the iTunes Store.” This means that if you purchased Frank Zappa’s catalog before it was pulled from the iTunes Store by the Zappa Estate, you can’t re-download it.

Google’s Music Beta and Amazon’s Cloud Drive use a passive locker and require that you upload the music you own to their servers. (When you purchase music from Amazon a copy of that music is placed on the server so you don’t have to upload it.) Apple’s $25-a-year iTunes Match uses an active locker. Much like with iTunes’ Genius feature, a database of the music you have in your iTunes library (purchased as well as other music you’ve ripped or acquired) is uploaded to Apple. Once Apple has that record, you can treat that music just as you can purchased music. If you want to re-download it, you can, in 256kbps AAC format. This is a very big deal if you ripped a lot of your music in the old days as 128kbps MP3 files and then later disposed of your CDs.

If tracks in your library aren’t available at the iTunes Store, you’re welcome to upload them to Apple’s servers. Also note that iTunes Match limits you to 25,000 tracks (although iTunes purchases are not counted against that limit).

The outstanding question is whether Apple will put any safeguards in place that attempt to identify pirated music and prevent it from being available to those who have it in their music libraries. For example, music you currently purchase from iTunes is unprotected, but it’s watermarked with the name of the purchaser. If you were to take a track purchased by another person and ask Apple to add it to your online collection via iTunes Match, would there be a problem? Or does that annual $25 fee also buy a measure of amnesty from the record labels?

The merits of cooperation

Active lockers aren’t a technical challenge. Rather, they’ve been difficult in the past because of licensing issues. Specifically, the music labels insist that companies must have their permission to make single copies of tunes available to multiple users. Apple has been able to secure that permission while Amazon and Google have not. Instead, Amazon and Google have been forced into the passive locker approach, which, because of the time and bandwidth needed to upload large music libraries, is less than ideal.

Having leapt these licensing issues, Apple is free to pursue other goals—streaming of this stored content, for example, rather than simply offering downloads. Google and Amazon, on the other hand, are a lap behind and looking at either coming up with deals of their own or, worse, spending time in court fighting with the labels.