"Google native apps I use all the time, like Google Inbox and Gmail, Keep, Google Drive and Google Now suffered on the iPhone and sometimes didn’t work at all. I missed the level of personalization I had on Android, some of it so basic that I was surprised to find out it was lacking on the iPhone. One such example was that on Android I am able to move my folders however I want on the screen, where it is much more comfortable to press with my thumb. Another example is the back button for the iPhone, which is often on the top left, far away from reach, where on Android it’s at the bottom where I can access it. Important widgets, like calendar and weather information, are lacking, and even though available from the notification pan on the iPhone, they leave much to be desired, compared to the different screens I have on the Android."

Let that hateful flag fly: From George W. Bush to Lindsey Graham, a history of Republican support for the Confederate flag - Salon.com 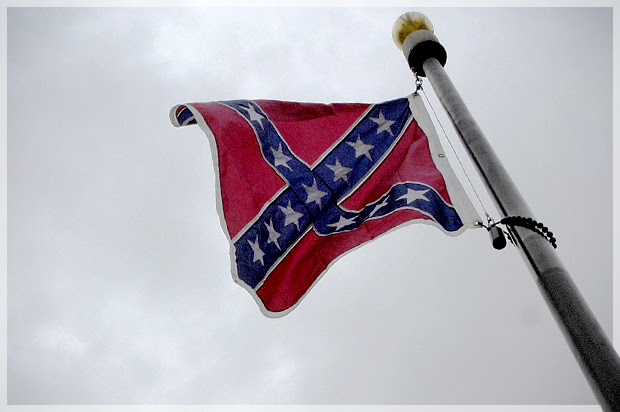 Posted by John H Armwood II at 8:28 PM No comments:

"After working behind closed doors for months, browser engineers on Wednesday unveiled a project called WebAssembly. The effort would marry the unbeatable reach of the Web with the speed of software written to run natively on operating systems like Apple's iOS, Microsoft's Windows and Google's Android."

Posted by John H Armwood II at 9:22 PM No comments:

By Amy Goodman and Denis Moynihan
Twelve days after his 22nd birthday, Kalief Browder wrapped an air-conditioner power cord around his neck and hanged himself. In 2010, at the age of 16, he was arrested after being accused of stealing a backpack. He would spend three years in New York City’s Rikers Island prison, more than two of those years in solitary confinement. He was beaten by prison guards and inmates alike. He was not serving a sentence; he was in pretrial detention. He declined all plea bargains. He wanted his day in court, to prove his innocence. A judge finally dismissed the case against him. After his release, Kalief Browder tried to reclaim his life. In the end, the nightmare he lived through overwhelmed him. Two years after his release, he committed suicide.
Albert Woodfox also knows the torment of solitary confinement. Woodfox has the distinction of being the prisoner in the United States who has spent the most time in solitary confinement, now well over 42 years. For most of that time, he was locked up in the notorious maximum-security Louisiana State Penitentiary known as “Angola,” built on the site of a former plantation worked by slaves from the African country of Angola.
Woodfox is one of the “Angola Three,” three prisoners who served more than a century—that’s right, more than 100 years—of solitary confinement between them. They believe the isolation was retaliation for forming the first prison chapter of the Black Panthers in 1971. They were targeted for organizing against segregation, inhumane working conditions and the systemic rape and sexual slavery inflicted on many imprisoned at Angola.

Kalief Browder, Albert Woodfox and the Torture of Solitary Confinement | Democracy Now!
Posted by John H Armwood II at 7:07 AM No comments:

Samsung Galaxy S6 plus to be part of Note series? - The Times of India on Mobile

"There seems to be a lot of evidence that Samsung is planning a super-sized version of the S6 Edge -- not least the pictures that leaked a couple of weeks ago -- and now we have a few more hints to go on."

Posted by John H Armwood II at 5:58 AM No comments:

HTC tells Asus to back off - Tech Radar India Mobile

Posted by John H Armwood II at 5:56 AM No comments:

Remember when Steve Jobs called Android a “stolen product”? How about the lawsuits Apple filed against Samsung over rounded corners on its phones or Microsoft over the concept of a graphical interface? The Cupertino company has a long history of striking out at competitors who have similar features in their products, even if the concepts involved are obvious or were pioneered by someone other than Apple.

Posted by John H Armwood II at 9:50 PM No comments: