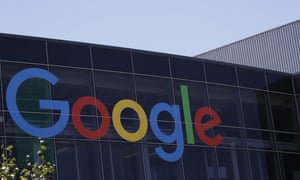 "A Google software engineer’s polemic against diversity efforts has left female staff “shaking in anger” and forced the tech giant to defend its patchy record on racial and gender equality.

The 10-page “manifesto”, which Google executives acknowledge was written by a company software engineer, initially circulated internally but was leaked to the public. The author’s identity remains unknown.

The manifesto argues that the lack of women in tech and leadership is the result, at least in part, of innate differences between in men and women. “I’m simply stating that the distribution of preferences and abilities of men and women differ in part due to biological causes and that these differences may explain why we don’t see equal representation of women in tech and leadership,” the author writes.

After a number of female staff described their disgust at the document on social media, Google sent out a company-wide memo saying it did not represent the company’s views.

The document’s author claims that the company’s problem is “left bias”, but the row will raise questions about attitudes to women among some members of staff and force Google back into uncomfortable discussions of its record on gender equality, which progressive critics say is poor.

The US Department of Labor found in April that there were systemic issues with equal pay across the company, and described discrimination there as “quite extreme”.