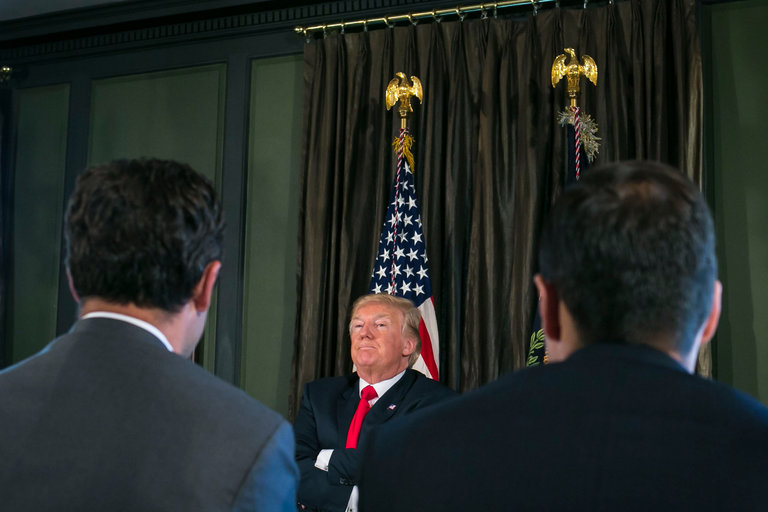 "WASHINGTON — The impending release of a key government report on climate change will force President Trump to choose between accepting the conclusions of his administration’s scientists and the demands of his conservative supporters, who remain deeply unconvinced that humans are the cause of the planet’s warming.

A White House official said on Tuesday that it was still reviewing the draft document that was written by scientists, some of whom have said they fear Mr. Trump will seek to bury it or alter its contents before it is formally released. Sarah Huckabee Sanders, the White House press secretary, said the administration would not comment on the report before its scheduled release this fall.

But the looming publication of the climate report — which concludes that “evidence for a changing climate abounds, from the top of the atmosphere to the depths of the oceans” — once again raises a contentious policy issue that has deeply divided Mr. Trump’s closest advisers since he arrived in the Oval Office.

Like his June decision to withdraw from the Paris climate accord, Mr. Trump’s response to the scientific conclusions in the forthcoming Climate Science Special Report will have broad implications for the American scientific community; local and state governments; and the global effort to combat the effects of rising temperatures that are already unfolding.

“We’ll be watching the administration very carefully on this,” said Kassie Siegel of the Center for Biological Diversity, which sued President George W. Bush after his administration repeatedly stalled the release of a previous climate change assessment. Ms. Siegel said her group would be “assessing all legal options, and returning to court at the earliest possible time to ensure that this essential report is released as required.”

The special report is part of the National Climate Assessment, which presidents are required by law to conduct every four years. The assessment details the risks that climate change poses to the United States, so as to inform federal agencies and local policy makers as they prepare for droughts, rising sea levels and other effects. But presidents have historically had wide latitude in how to play the findings."

Climate Report Could Force Trump to Choose Between Science and His Base - The New York Times
Posted by John H Armwood II at 7:49 AM