Is China Outsmarting America in A.I.? - The New York Times 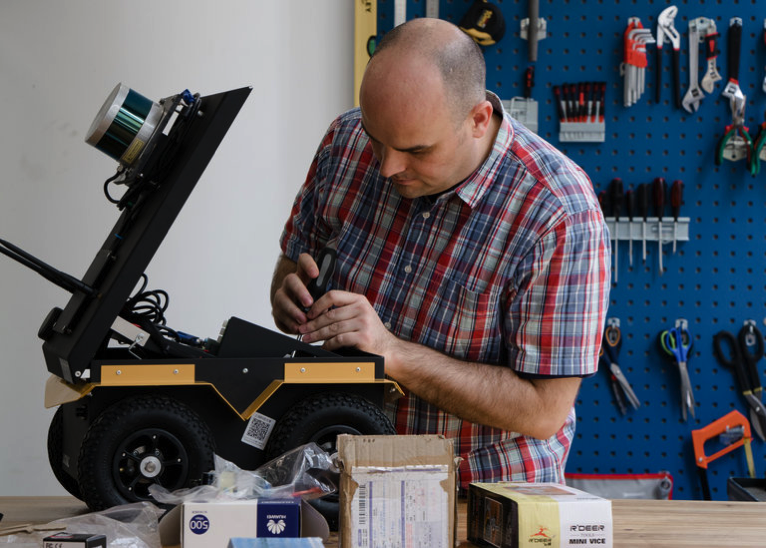 This is sad.  Mao had a saying roughly translated; "he who lifts a rock and drops it on his own foot is a fool".

"HONG KONG — Sören Schwertfeger finished his postdoctorate research on autonomous robots in Germany, and seemed set to go to Europe or the United States, where artificial intelligence was pioneered and established.
Instead, he went to China.

“You couldn’t have started a lab like mine elsewhere,” Mr. Schwertfeger said.
The balance of power in technology is shifting. China, which for years watched enviously as the West invented the software and the chips powering today’s digital age, has become a major player in artificial intelligence, what some think may be the most important technology of the future. Experts widely believe China is only a step behind the United States.
China’s ambitions mingle the most far-out sci-fi ideas with the needs of an authoritarian state: Philip K. Dick meets George Orwell. There are plans to use it to predict crimes, lend money, track people on the country’s ubiquitous closed-circuit cameras, alleviate traffic jams, create self-guided missiles and censor the internet.

Beijing is backing its artificial intelligence push with vast sums of money. Having already spent billions on research programs, China is readying a new multibillion-dollar initiative to fund moonshot projects, start-ups and academic research, all with the aim of growing China’s A.I. capabilities, according to two professors who consulted with the government on the plan.

China’s private companies are pushing deeply into the field as well, though the line between government and private in China sometimes blurs. Baidu — often called the Google of China and a pioneer in artificial-intelligence-related fields, like speech recognition — this year opened a joint company-government laboratory partly run by academics who once worked on research into Chinese military robots.
China is spending more just as the United States cuts back. This past week, the Trump administration released a proposed budget that would slash funding for a variety of government agencies that have traditionally backed artificial intelligence research.

“It’s a race in the new generation of computing,” said James Lewis, a senior fellow at the Center for Strategic and International Studies. “The difference is that China seems to think it’s a race and America doesn’t.”

Is China Outsmarting America in A.I.? - The New York Times: