Trump is lying about the ‘new’ ‘Apple’ factory - The Verge 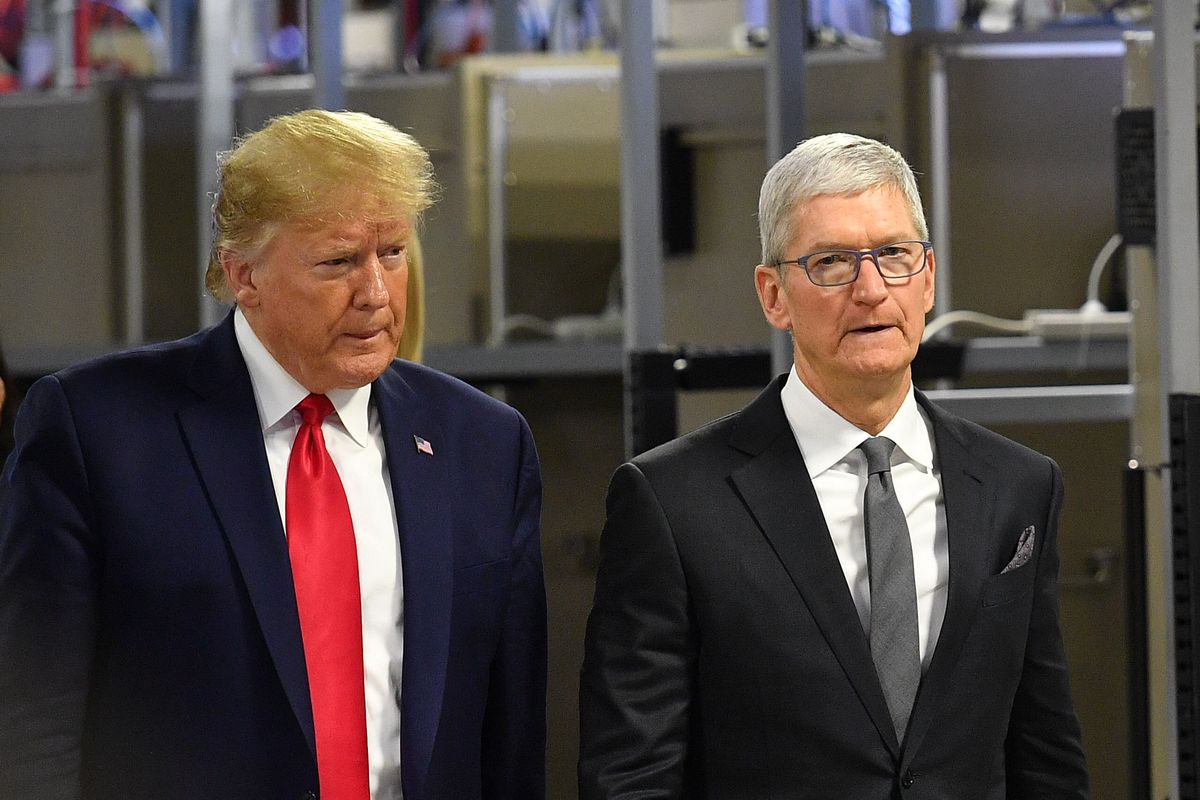 "In advance of Trump’s factory tour today, I took a look at the strange relationship that’s developed between Tim Cook and Donald Trump over the past three years. One of the things that popped up was one specific story that Trump would tell about Apple, in rally after rally and meeting after meeting. The idea was that Trump had somehow induced the company to build a new factory in the US, through some combination of tax cuts and trade policy, which was both very politically useful and also very much not true.

Today, perhaps not surprisingly, he told the lie again.

“We’re seeing the beginning of a very powerful and important plant,” Trump said at the factory. “Anybody that followed my campaign, I would always talk about Apple, that I want to see Apple building plants in the United States. And that’s what’s happening.”

This is not true for a couple reasons — one of them nitpicky and one of them a lot more serious. The nitpicky problem is that Apple isn’t actually building a manufacturing plant. The company is building a new campus in Austin, but it’s miles away from the factory and the jobs are going to be very similar to the kind of white-collar design and engineering work that Apple does in Cupertino. Apple doesn’t do its own manufacturing, and the plant Trump is standing in belongs to a contractor called Flex Ltd (formerly Flextronics)."

Trump is lying about the ‘new’ ‘Apple’ factory - The Verge
Posted by John H Armwood II at 8:10 PM