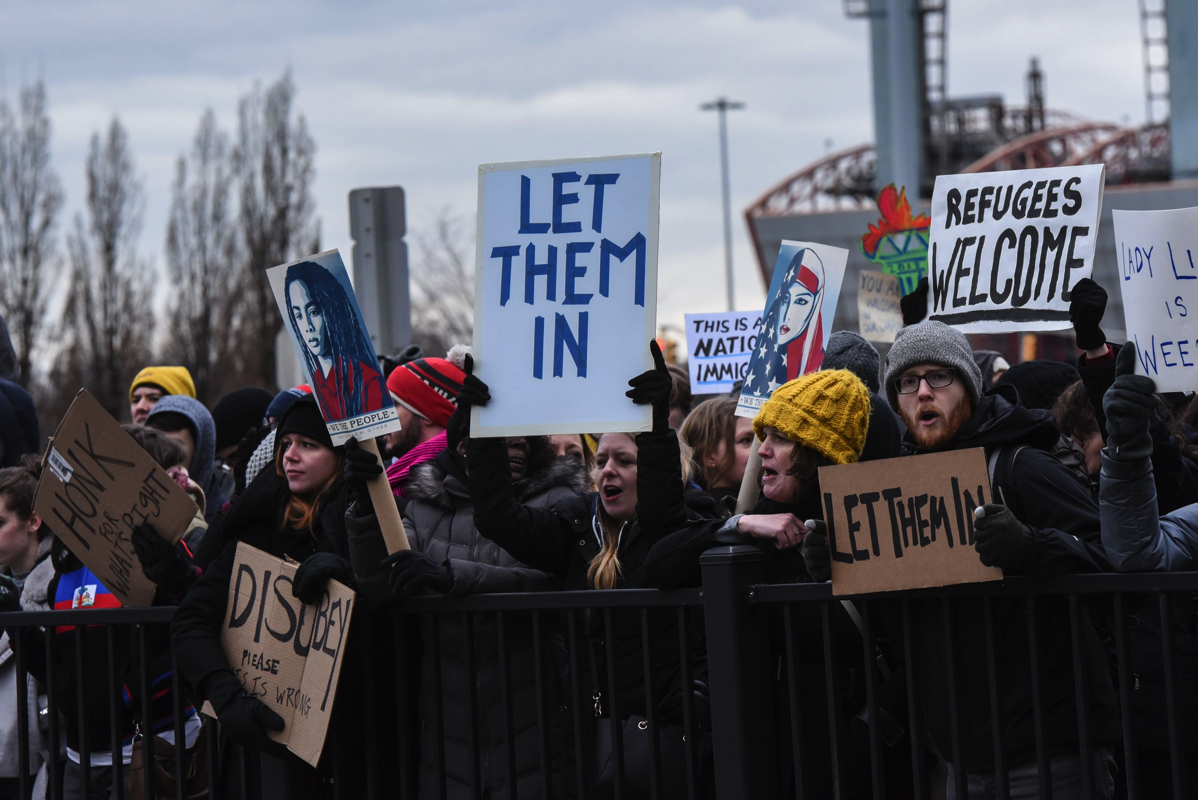 From Apple, Google and Facebook to Microsoft, Airbnb and Box, the message was pretty much the same: Limiting immigration hurts employees and innovation.

'Apple would not exist without immigration, let alone thrive and innovate the way we do,' Apple CEO Tim Cook said in an email to employees, in which he also promised the company would do what it can to help staff affected by the order. He also said the order 'is not a policy we support.'

Some tech VIPs were more forceful. 'This is a breach of America's contract with all the immigrants in the nation,' wrote Sam Altman, head of Y Combinator, which has invested in more than 900 startups, including Dropbox, Airbnb, Reddit and Instacart.

Together, the statements mark a turning point in Trump's relationship with the tech industry. With few exceptions, Silicon Valley executives have spent the last decade campaigning and fund-raising for former President Barack Obama and presidential contender Hillary Clinton, making clear their support for Democrats and the party's causes like net neutrality, expanded education and LGBT rights.

Following Trump's surprise win, 13 tech execs met with him at Trump Tower in New York, discussing issues such as investment, trade and, yes, immigration policy. It appeared at the time that industry executives were cautiously preparing to work with him.

'We want you to keep going with the incredible innovation,' Trump said then. 'Anything we can do to help this go along, we're going to be there for you.'"