A review of my new Samsung curved TV: I hate it so much - The Verge 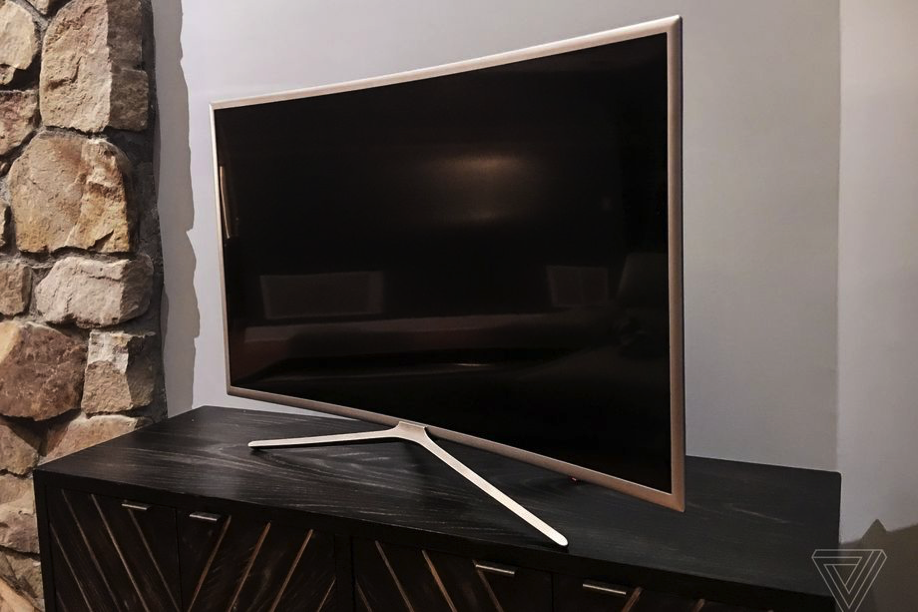 "A few months ago I did something extremely out of character: I went out and bought a TV without obsessively reading product reviews. I just drove to Walmart and purchased the nicest-looking TV in stock for $500. It was a curved Samsung. This was an enormous mistake, and I should have just bought a Vizio E-Series. My wife Becky loudly reminds me of this mistake nearly every time we turn the TV on; she hates this product more than any other half-baked gadget I have forced into our lives. So I asked her to explain why, and she gave me this, which begins with what I can only describe as a vicious character assassination. — Nilay

Several years ago I asked Nilay for a new suitcase for Christmas, expecting a sturdy Samsonite or Tumi. You know, a suitcase. Instead, I received what he had deemed the ‘prettiest one.’ It was subsequently destroyed both aesthetically and functionally after its very first journey in the hands of American Airlines.

That is the Samsung curved TV he brought home from Walmart. ‘I bought the prettiest one,’ he said. Again. Those were the words uttered by my in-house technology expert, who quit his job as a lawyer for a new career writing technology reviews. A gamble which I fully supported at the time, and only question when he justifies a purchase by telling me ‘it was the prettiest.’

So, this Samsung television. (Ed. note: it is a Samsung UN40K6250AF.) The screen is curved, which means that it picks up and seemingly magnifies every glimmer of light in the room. Because that’s what you want in a television screen. The curved screen demands that you sit dead center of the TV unless you want to observe the equally frustrated facial expressions of the person sitting opposite you on the couch trying in vain to see through the glare. The glare is ridiculous. It’s so completely terrible that I give up after watching something for 30 seconds and walk away whisper-yelling swears at my sucker of a husband for bringing this piece of shit into my home. This television makes me hiss in anger.

THIS TELEVISION MAKES ME HISS IN ANGER Do you enjoy watching TV in a room with literally any light, natural or otherwise? Sorry, you can’t. On a sunny day there is exactly one cushion on our gigantic 12-person sofa from which you can see the picture on this stupendously awful television. And it’s no better at night unless you turn off every single light in the room. Which is fine for late night movie watching, but impossibly annoying at all other times. Leave the couch to get snacks or another glass of wine, and you better remember to turn off any light you use or you’ll be getting right back up again. I guess if you’re a Fitbit-obsessed step-counter like I am, that counts as one of the few pros offered by this trash heap of a television.

Have the fools who designed this thing ever watched TV? Were they visually impaired? Was it tested in a cave? I hate it so much. It is shiny and beautiful. It is the prettiest. If you’re looking for a weird modern mirror, it’s a wonderful addition to a room. As a television, it is a piece of impulse-buy garbage designed for suckers."