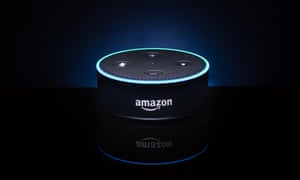 I have caught this inadvertent turning on of Alexa many times when I am on the phone, however, I always say Alexa cancel.  I have never heard it sending a message or attempting to send one to one of my contacts.  It is obviously very possible if you do not hear Alexa interjecting into your conversation.

"No matter how suspicious it has seemed that Amazon is encouraging us to put listening devices in every room of our homes, the company has always said that its Echo assistants are not listening in on or recording conversations. Over and over again, company spokespeople have promised that they only start recording if someone says the wake word: “Alexa”.

It’s a spiel Danielle, an Alexa user from Portland, Oregon, had believed. She’d installed Echo devices and smart bulbs in every room in her house, accepting Amazon’s claims that they were not invading her privacy. But today she asked the company to investigate after an Alexa device recorded a private conversation between her and her husband and sent it to a random number in their address book without their permission.

Danielle found out her Alexa was recording when she received an alarming call from one of her husband’s colleagues saying: “Unplug your Alexa devices right now, you’re being hacked.”

She told KIRO-TV in Seattle that at first she didn’t believe the co-worker, but then she said: “You sat there talking about hardwood floors.” Danielle realised the colleague must have heard everything.

“I felt invaded,” she told KIRO-TV. “A total privacy invasion. Immediately, I said, ‘I’m never plugging that device in again because I can’t trust it.’”

An Amazon customer service representative confirmed that Danielle’s audio had been sent to the number and apologised but didn’t provide any information about why the device had been activated. A spokesperson for the company said it had “determined this was an extremely rare occurrence”.

At 6pm ET on Thursday, an Amazon spokesperson provided an updated statement with an explanation for why they believe Alexa forwarded the conversation. They said:

Recognising the improbability of this series of mishaps occuring, they added: “As unlikely as this string of events is, we are evaluating options to make this case even less likely.”

Although Amazon maintains this was a malfunction rather than proof Alexa is always listening, the company has filed patent applications in the past for functionalities that involve always listening, such as an algorithm that would analyse when people say they “love” or “bought” something. The patent included a diagram where two people have a phone conversation and were served afterwards with separate targeted advertisements."

Amazon's Alexa recorded private conversation and sent it to random contact | Technology | The Guardian
Posted by John H Armwood II at 11:39 AM