The best Chromebook you can buy right now - The Verge 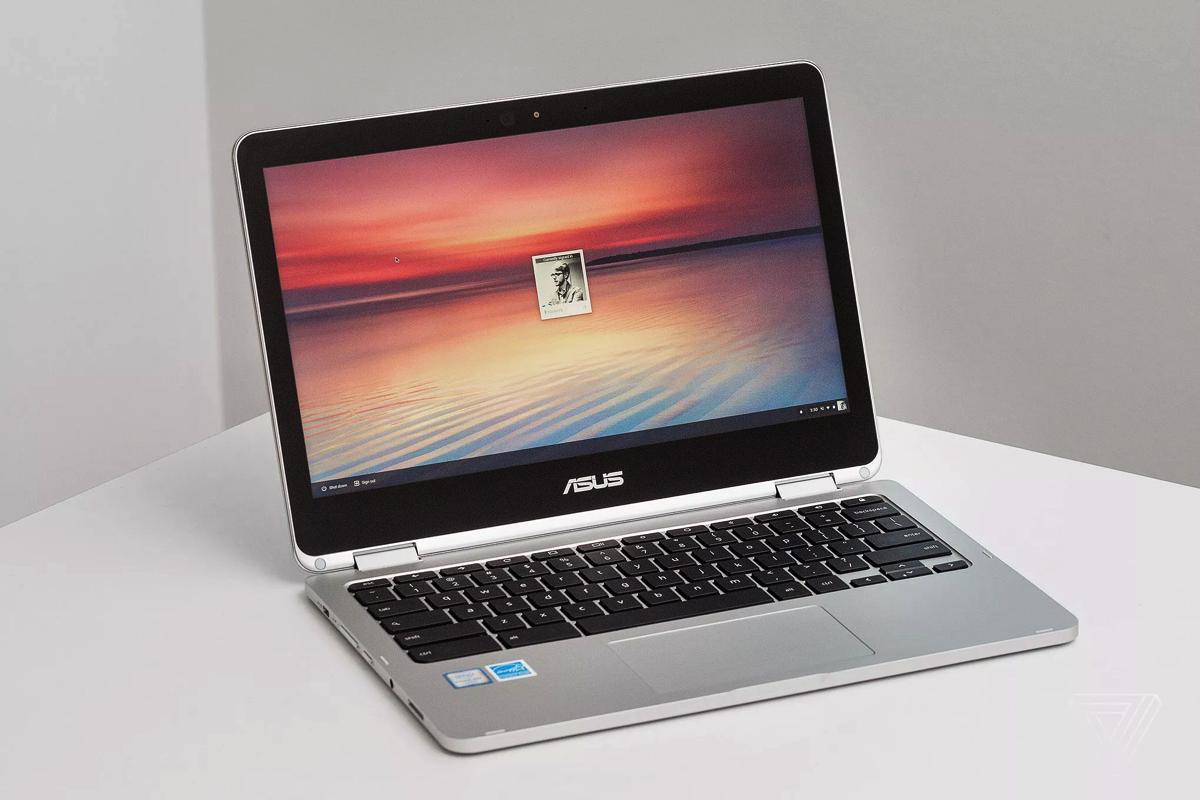 The competition for the best Chromebook is a little tighter now than it used to be, thanks to excellent devices from a bunch of manufacturers like Asus, Lenovo, and Samsung. But the best of them hits all the features you should care about on a Chromebook without any major flaws.
It's the Asus Chromebook Flip C302, which in our review we called the new "standard." That's because it hits those basic notes: nice hardware, a good screen, a fast Intel processor, a backlit keyboard, and good battery life. It also has support for Android apps if you need them; they were just added to the "stable" version of Chrome OS for the C302 recently.

The only real downside to the C302 is its price, which often hovers around $500 on Amazon. But the problem with buying a much cheaper Chromebook is that you'll end up compromising on one (or several) things that will ultimately annoy you. The biggest one is performance. The C302 can handle a dozen or more tabs, while cheaper Chromebooks can bog down when you get more than eight and usually make you look at crappy screens while you wait.

The C302 is also relatively futureproof, not only because it supports Android apps but because it can also be flipped around into a tablet mode. That mode can be useful for watching video and means that as Google continues to improve Chrome OS for touch, the C302 will be able to take advantage.

If I'm honest, I prefer the hardware of Samsung’s Chromebook Pro, which is slightly better looking and comes with a stylus. However, the Chromebook Pro lacks a backlit keyboard, a mystifying omission. The C302 has a good, backlit keyboard but no stylus — which isn't a huge loss given the state of the software for styli on Chrome OS.

(Via.)  The best Chromebook you can buy right now - The Verge: