Siri and other voice assistants have a long way to go, research shows - CNET. (I don't use it on my MACs at all. I use "OK Google, phone and "Home" and "Alexa" (From the Amazon Echo). 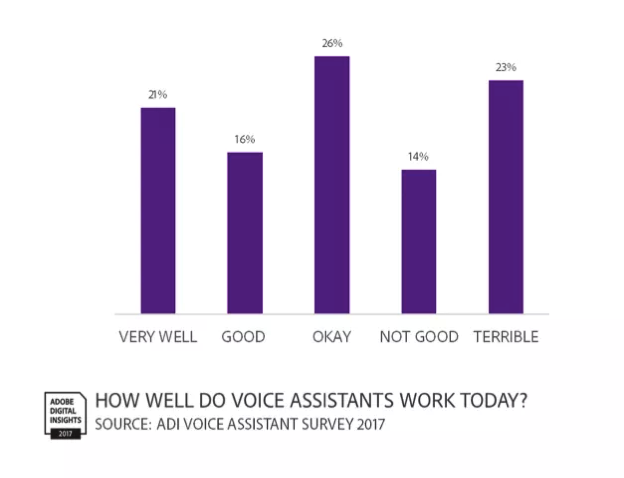 "Now a new study from Adobe, released Thursday, provides some insights into how much folks use voice assistants and how much they like -- and dislike -- them.

(Via.). Siri and other voice assistants have a long way to go, research shows - CNET: