Global Cyberattack: What We Know and Don’t Know - The New York Times 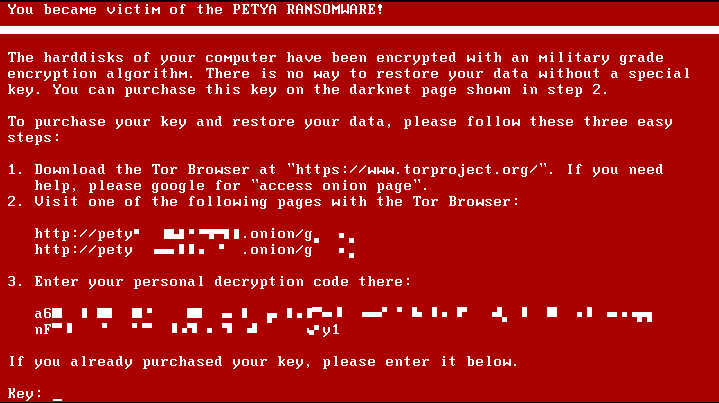 • Several private companies have confirmed that they were hit by the attack, including the American pharmaceutical giant Merck, the Danish shipping company AP Moller-Maersk, the British advertising firm WPP, the French multinational Saint-Gobain and the Russian steel, mining and oil companies Evraz and Rosneft.

• Photographs and videos of computers affected by the attack show a message of red text on a black screen. The message read: “Oops, your important files have been encrypted. If you see this text then your files are no longer accessible because they have been encrypted. Perhaps you are busy looking to recover your files but don’t waste your time.”

• Kaspersky Lab, a cybersecurity firm based in Moscow, reported that about 2,000 computer systems had been affected by the new ransomware.

• Cybersecurity researchers first called the new ransomware attack Petya, as it bore similarities to a ransomware strain known by that name, which was first reported by Kasperksy in March 2016. But Kaspersky later said that its investigation into the new attack found that it was a type of ransomware that had never been seen before.

• ESET, a Slovakia-based cybersecurity company, said the first known infection occurred early on June 27, through a Ukrainian software company called MeDoc. MeDoc denied that its program was the initial infection point. In a Facebook post, the firm wrote, “At the time of updating the program, the system could not be infected with the virus directly from the update file,” though an earlier message confirmed that its systems had been compromised.

• Symantec, a Silicon Valley cybersecurity firm, confirmed that the ransomware was infecting computers through at least one exploit, or vulnerability to computer systems, known as Eternal Blue.

• Eternal Blue was leaked online last April by a mysterious group of hackers known as the Shadow Brokers, who have previously released hacking tools used by the National Security Agency. That vulnerability was used in May to spread the WannaCry ransomware, which affected hundreds of thousands of computers in more than 150 countries.

• ESET and several other cybersecurity companies have identified at least one other exploit used in the attack known as PsExec, which takes advantage of a single computer that has not been updated with the latest software in a network to spread infections by looking for — and using — administrative credentials. By using PsExec, the ransomware continued spreading across systems that had been updated, or patched, after the WannaCry outbreak last month."

Global Cyberattack: What We Know and Don’t Know - The New York Times
Posted by John H Armwood II at 3:58 AM