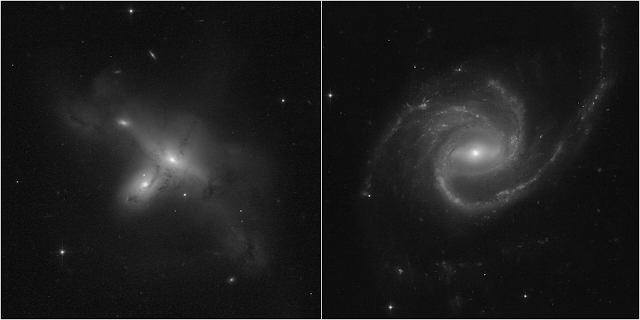 "Space aficionados have been following the saga of the Hubble Space Telescope's worrying technical glitch. It had a happy ending as NASA's recovery efforts paid off, and now we have visual proof of Hubble's health in the form of some lovely new galaxy images.

NASA released the images on Monday. They show some of the telescope's science targets from over the weekend as it returned to service after over a month in safe mode. The space agency switched the 31-year-old telescope over to backup hardware in order the save the mission."