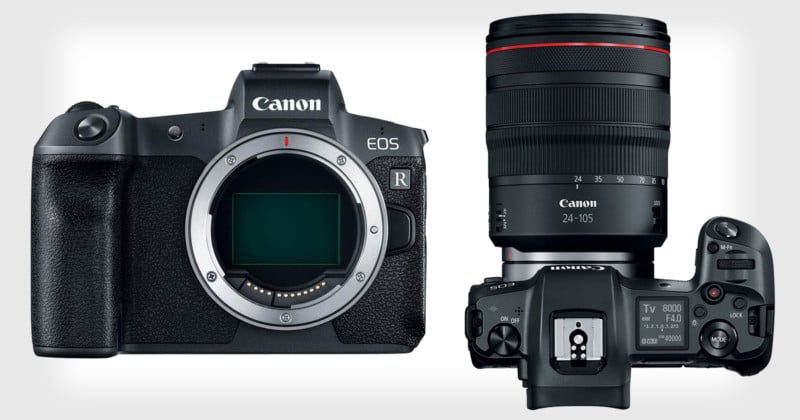 Canon’s got big plans for 2020. According to the most recent reports, the company will release not one but two new full-frame mirrorless cameras in the first half of next year: the ultra-high-resolution Canon EOS Rs we reported on last week, and the EOS R Mark II.
This news about Canon’s EOS R Mark II comes from our friends at Canon Rumors, who are being told that the second iteration of Canon’s EOS R is already being tested by “a small group of Canon professionals,” and is expected to be released at Photokina 2020 in May. This news seems to track with the statement that Canon shared with Photokina last week, in which the company said that it “is eager to introduce new products and concept products at photokina, thereby contributing to the industry’s success.”
The Canon EOS R has only been around for a little over a year, which would make this Mark II release a much faster update than most of us expected. But according to CR’s source, the EOS R Mark II is definitely in the works and will “closely mimic” the design of the Canon EOS Rs, which is expected to launch as soon as February with a 75MP image sensor, dual card slots, and more.

That’s all we know so far, as the source declined to share any specs (yet), but it doesn’t look like Canon is content to sit on its laurels where the RF mount is concerned. For better or worse, the company will try to compete with Sony step-for-step in the full-frame mirrorless market, including with the company’s aggressive camera release schedule."