Canon: An 8K EOS R Camera is On the Way 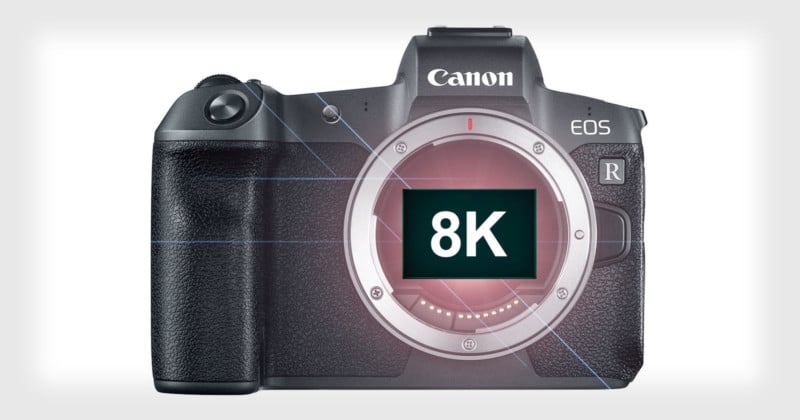 Canon stood on the sidelines while the mirrorless industry went 4K and didn’t introduce a 4K mirrorless camera until the EOS M50 in February 2018. But it seems the company is done being complacent: Canon says an 8K EOS R full-frame mirrorless camera is already on its roadmap.Dave Etchells of Imaging Resource just published an exclusive interview he conducted with Yoshiyuki Mizoguchi, the top product-planning executive within the Canon mothership in Japan. In other words, he’s one of the people with the clearest view of where Canon is going with its cameras.

When asked how video will factor into the future of the EOS R system, Yoshiyuki revealed that it will be a major focus.

“Video will play a huge role in the EOS R System for sure,” the executive tells Imaging Resource. “For example, an 8K video capable camera is already in our EOS R-series roadmap.

“And we are not just looking at video from a camera perspective, we are also working on how to make RF lenses better for video capture as well. For example, the RF 24-105mm F4L was the first L-series lens with Nano USM technology, which contributes to silent and smooth autofocus while shooting video.”

And while “on the roadmap” could mean anything from something being announced later this year to a vague idea for a camera that won’t arrive for several more years, it seems likely that the camera isn’t too far off.

The news “sounds pretty significant,” Imaging Resource writes. “Given Canon’s generally cautious nature when it comes to talking about coming tech, the fact that Mizoguchi-san chose to mention it at all suggests to me that it’s going to be a more near-term sort of thing.”

Email ThisBlogThis!Share to TwitterShare to FacebookShare to Pinterest
Labels: https://petapixel.com/2019/01/10/canon-an-8k-eos-r-camera-is-on-the-way/