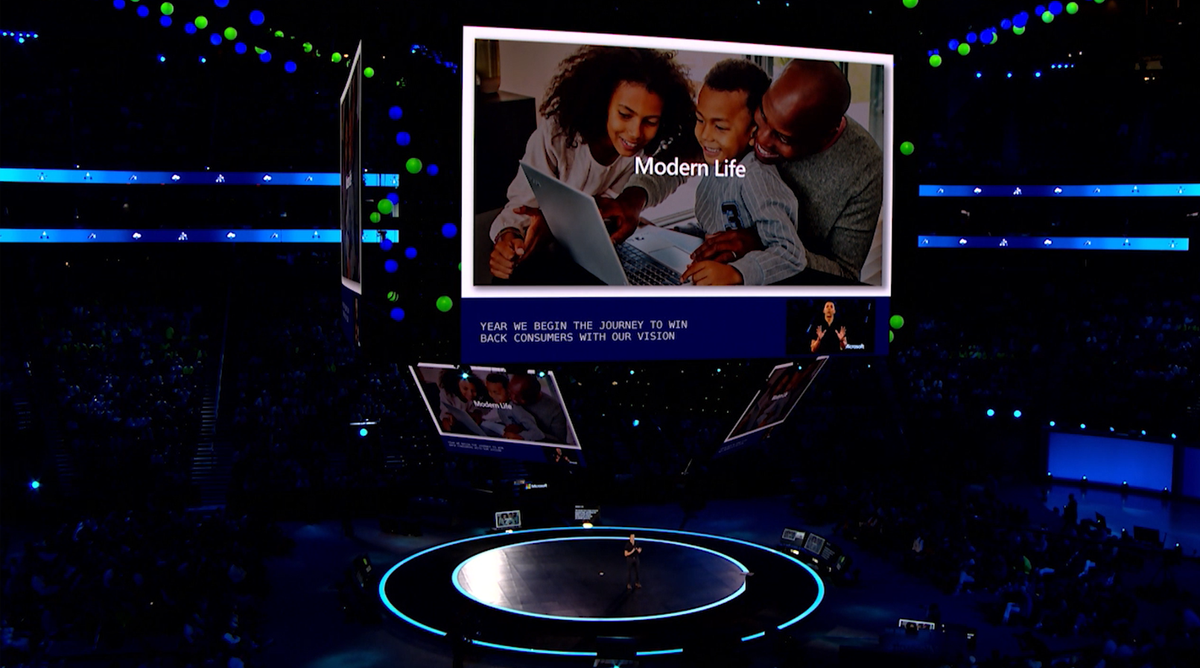 "Microsoft hasn’t exactly been winning over consumers recently, leaving many onlookers wondering if the company is switching all of its efforts to businesses and turning into another IBM. Over the past couple of years, Microsoft has killed off its Groove Music service, officially discontinued Kinect, scrapped its Microsoft Band fitness device, and finally admitted Windows Phone is dead. Other consumer efforts like Cortana have been left to fall behind rivals by chasing business users, and even the impressive HoloLens hardware has pivoted strongly towards commercial users. Microsoft now has a new plan to win back the consumers it has let down.

While Microsoft has had a tough time with consumers that stretches back far beyond recent years, the company appears to be learning from its mistakes. ZDNet reports that Microsoft executives are now communicating their new plan at the company’s Inspire partner show this week. Microsoft executive Yusuf Mehdi reportedly opened up a presentation on the company’s new “modern life” initiative by admitting Microsoft’s consumer issues. “In the last couple of years, we’ve lost a little of that magic with consumers,” said Mehdi. During the session Mehdi also revealed that this “year we begin the journey to win back consumers with our vision...”

Microsoft wants to win back the consumers it let down - The Verge
Posted by John H Armwood II at 9:22 PM