Yes, science is political - The Verge 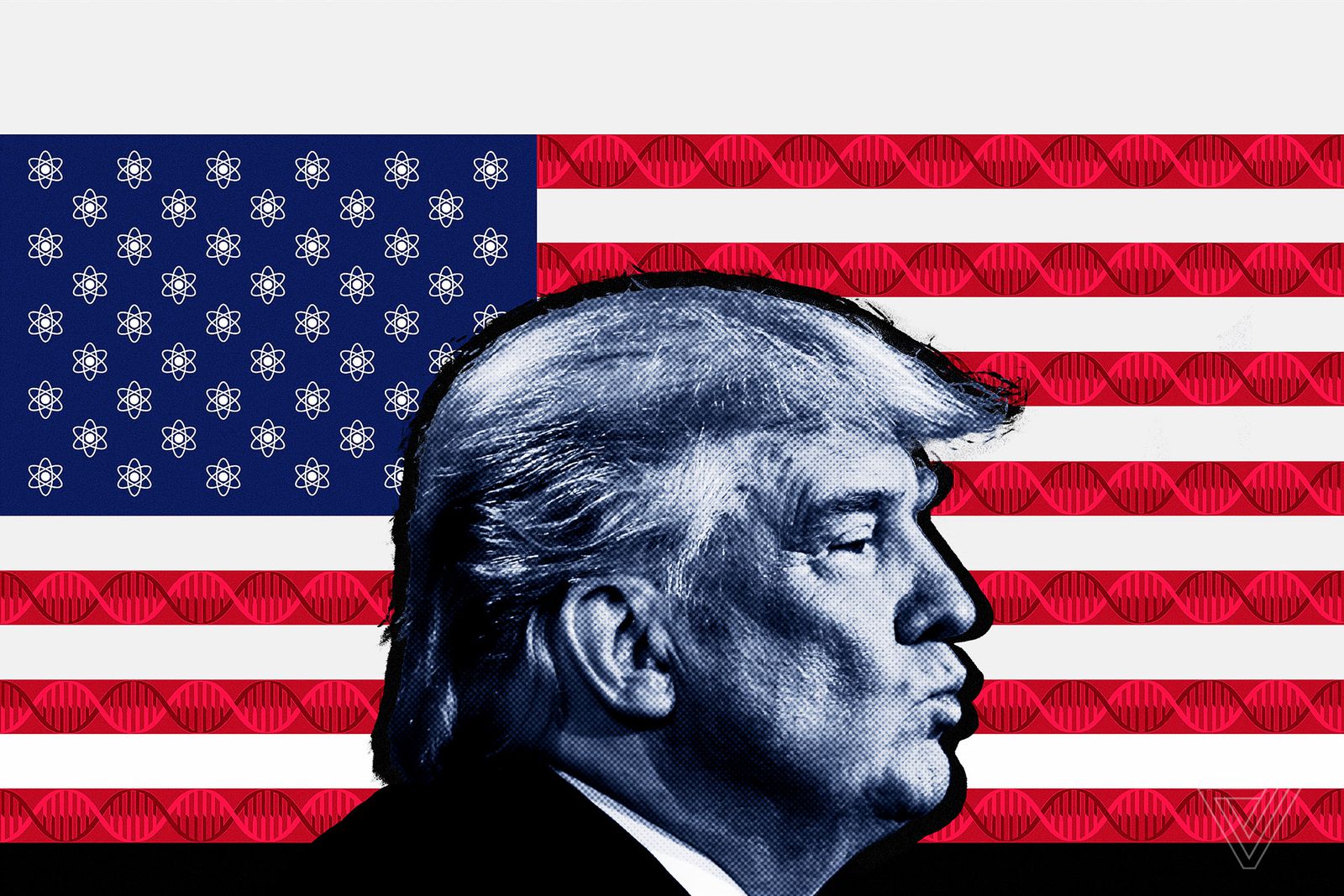 "The scientific method consists of generating a hypothesis, attempting to disprove the hypothesis through testing, and accumulating those tests to come up with shared knowledge. And that method also contains ideology: our observed, shared world is the real world. This ideology even has a name: empiricism. An incoming president who clearly picks and chooses facts to suit his own version of the world changes the relationship between science and culture, in potentially destructive ways.

SCIENCE IS THE PURSUIT OF KNOWLEDGE, KNOWLEDGE IS POWER, AND POWER IS POLITICS

Surrounding the scientific method is a more obviously political arena: money. Much of American basic science — the kind of stuff that leads to advances like CRISPR — is funded by the government. Entities such as the National Institutes of Health, the Department of Defense, the Department of Energy, and the National Science Foundation are the biggest funders of science in the US; all use public money. Decisions about funding allocation are made by politicians. We may choose to spend more money on defense instead of cancer, for instance, or choose to fund addiction research rather than a new NASA mission. Deciding what science we find valuable is not a scientific decision. It’s a political one. The very idea that the US government should support American science by funding research at all is deeply political.

We’ve also made political decisions about what research we won’t do, because although they might increase knowledge, we’ve deemed them harmful. That’s why institutional review boards exist: to protect patients from unethical experimentation. There was a time when this idea was not widely accepted, and it led, in America, to unethical experimentation on vulnerable citizens. Henrietta Lacks’ cells — the famous HeLa cells that were used to develop the polio vaccine — were unethically gathered and studied. The Tuskegee syphilis research denied black men adequate treatment for the disease, though it was available, under the guise of learning more about the long-term effects of syphilis. These Americans were used as test subjects without their informed consent — something we no longer allow. And these ethical decisions sometimes change with elections: George W. Bush created the President’s Council on Bioethics and tightly restricted stem cell research, while Barack Obama dissolved the group and lifted those restrictions.

Then there’s the matter of what to do with scientific results, which is often a political decision. The Environmental Protection Agency — frequently demonized by politicians — came into existence in part because of a series of conflicts about how land and water were used. Companies once dumped their waste so freely into our watersheds that the Cuyahoga River actually caught fire several times. In the era before emissions control, the 1966 New York Smog killed 168 people. Once scientific data linked pollution to poorer quality of life, politicians acted to make citizens safer. This was a bipartisan issue: Richard Nixon created the Environmental Protection Agency as part of that response to pollution data. (And arguably, the real problem with the EPA is that it’s not effective enough: ask anyone in Flint, Michigan who’s gone more than a year without clean water, or anyone who lived downstream from DuPont in West Virginia.)

At first blush, Donald Trump’s positions on science seem like familiar conservative refrains: denying climate change was also a hallmark of the George W. Bush administration, and vaccination has been controversial since its advent as a public health measure. Environmental regulation has always been disliked by massive corporations; Ronald Reagan attempted to destroy the Environmental Protection Agency, an endeavor at which he failed. Ignoring epidemiologists is also a proud Reagan legacy, and one of the reasons for the AIDS crisis’ devastating toll was his continual refusal to address the problem.

Those are all familiar politics, with familiar boundaries, in a familiar system. But the Trump administration adds something new: Trump and his advisors have already signaled an unwillingness to hear facts they don’t like, both on vaccine safety and climate change.

Trump has characterized climate change as a Chinese hoax, which is unlikely to help the people in areas already experiencing higher tides or increasingly strange weather. According to the Department of Defense, not only is climate change real, but it is likely to drive future conflicts between nations and perhaps bears some responsibility for fueling conflicts in Syria. Challenging the science of climate change is one thing; it is what the scientific method is designed to do. Denying the shared reality — the real reality — measured by hundreds of independent scientists is another. If the DoD is right, addressing climate change is also a national security issue.

Trump has met with Andrew Wakefield, the discredited doctor who manufactured a link between autism and vaccines through research fraud. He’s asked anti-vaccine propagandist Robert F. Kennedy, Jr. to head a new commission — on what, though, isn’t entirely clear. According to Kennedy, it’s a commission on vaccine safety and on scientific integrity, though Trump spokeswoman Hope Hicks said in a statement that the president-elect is “exploring the possibility of forming a commission on Autism.”

The link between vaccines and autism has been thoroughly debunked at this point. Spending more time and money on it not only ensures that time and money won’t be spent researching something productive, but also wrongly suggests to the average citizen that vaccines are unsafe. Should Trump follow through with this ill-advised commission, it is a political maneuver likely to impact reality in unpleasant ways.

Outbreaks of preventable illness have already occurred thanks to vaccine-denying parents; it is possible more people will suffer these diseases as a result of the continual sowing of doubt about vaccine safety and efficacy. Arguably, the scientific establishment has a duty to protect the taxpayers that have supported research for so long.

But scientists sometimes shirk their moral duty to the populace in order to continue their research. Wernher von Braun has mostly been sidelined in the official history of NASA despite the pivotal role he played in publicizing space travel and building our country’s early rockets. That’s because he also collaborated with Nazis and built rockets using slave labor from concentration camp victims. Somewhat more forgivable is Ivan Pavlov — the one with the dogs and the saliva — who stopped openly opposing Joseph Stalin at the end of his life in the hopes of protecting the scientists in his lab; as a result, his lab flourished during Stalin’s purges. Both men will always have asterisks next to their legacies, not because of their scientific work but because of the political alliances they formed in the course of that work.

Pavlov’s example hints at something else. Scientists have office politics, too, and prominent members of the field can blackball younger researchers, preventing them from getting jobs or funding. This environment is part of what’s contributed to a series of sexual harassment scandals over the last few years, across several areas of research.

The politics of the highest offices may also affect interpersonal relationships throughout the science community. The Trump administration rewards loyalists and punishes dissenters. Trump has also already signaled a willingness to go after researchers in specific fields, recently asking the Energy Department for a list of employees who have worked on climate change. And it’s unclear what will happen to scientists who experience sexual harassment under a man who has himself been accused of sexual harassment by a number of women.

Science is a way of seeing that provides us with facts. What we do with those facts is deeply political. Determining whether pollution harms people is a matter of scientific inquiry, but deciding what to do in response to that data is politics. Who uses the water and land, and how? Those aren’t scientific questions — they’re political ones. Do we value the safety of our citizens or the profits of our corporations? What’s the balance between the two? Those are also political questions.

No one can predict exactly how Trump will deal with the scientific community once he’s in office. But the signals his administration has sent so far indicate that the relationship between science and politics is about to become more obvious — and more controversial — than ever before. We expect to cover this relationship closely.