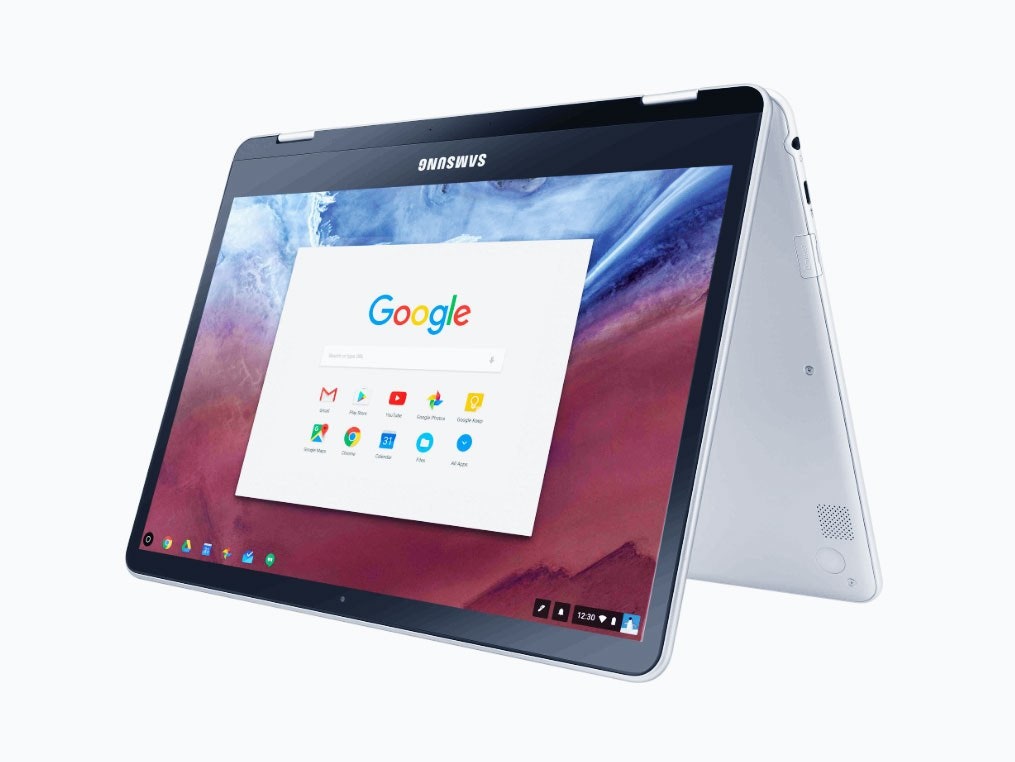 "NOW THAT CHROME OS users can get the millions of apps in Google’s Play Store, tech firms are developing entirely new kinds of devices for the platform. After months of speculation, rumors, and delays—which may have had something to do with the Note 7 battery scandal—Samsung announced the new Chromebook Plus and Chromebook Pro today at CES.


The Plus and Pro are two flavors of one device, but it’s hard to say what kind of device that is. Both feature full-size keyboards and trackpads, super-high-res 12.3-inch screens, and Micro SD card slots. Both offer 4 gigs of ram and 32 gigs of internal storage. They weigh a little less than 2.5 pounds. That makes them a bit like laptops, right? Well, yes, except for the pen that slides out of a slot on the right. It looks exactly like the Note 5’s old stylus. And the touchscreen. And the 360-degree hinge. And the accelerometer and gyroscope that help the device understand its position in space."