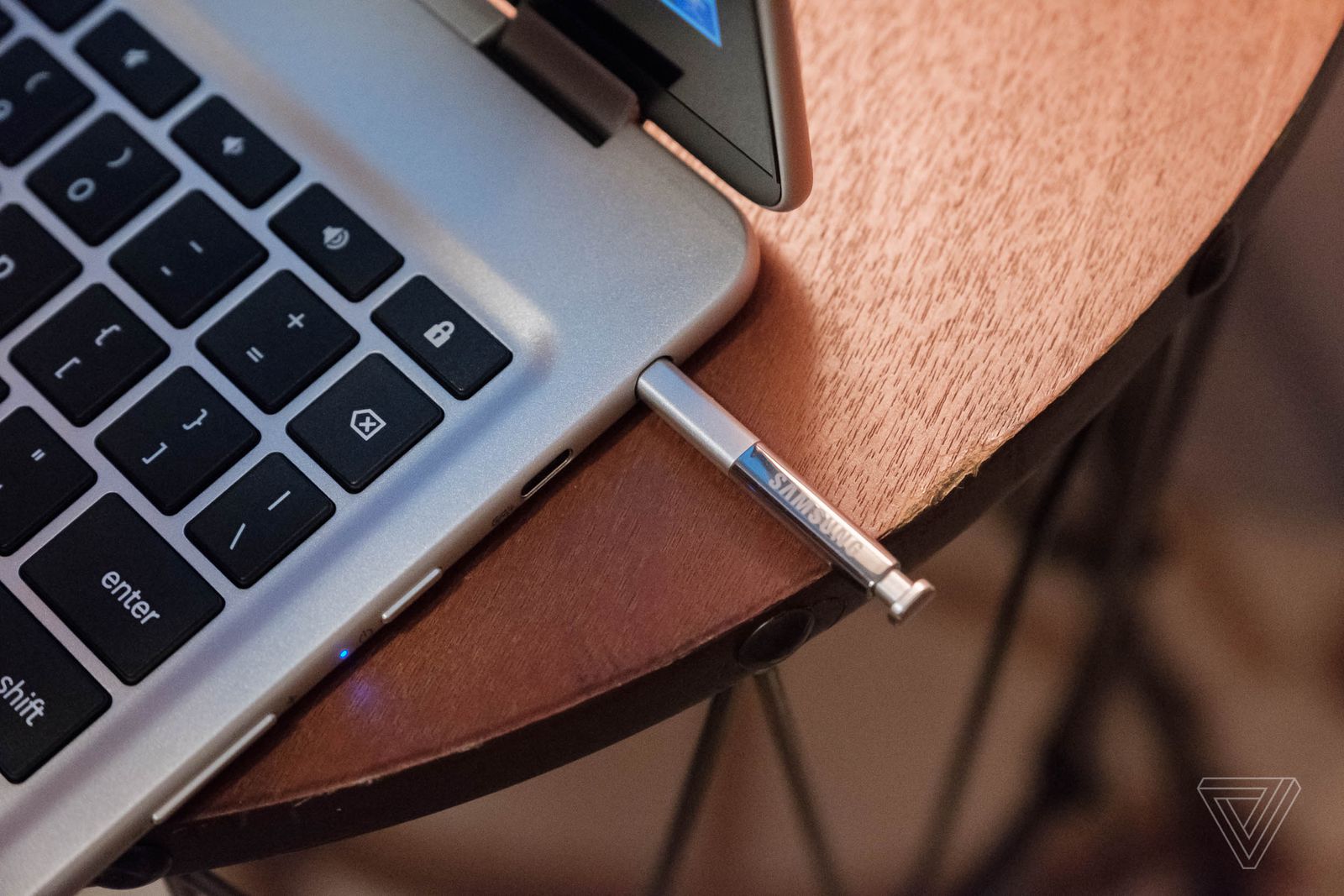 "What makes the Samsung unique, of course, is its included stylus, which can be used to write on the screen, grab screenshots, or as a “laser pointer” to highlight things. (Eagle-eyed readers might notice that it’s virtually the same stylus included with the Galaxy Note 5 smartphone, just without a button on its side.) The stylus slides into a slot on the side of the computer and a menu of options pops up on the screen when you remove it.

The stylus can be used to take notes in Google Keep, which are then instantly synced and available for search through Google’s optical character recognition technology. Google is also using its cloud services to improve the inking experience when writing — according to the company, it can predict where you’ll move the pen next, which improves response and makes writing or drawing feel more natural on the display. Kan Liu, senior director of product management for Chrome OS, says that the technology makes the Chromebook’s stylus more responsive than the Surface Pen used with Microsoft’s Surface Pro and Surface Book.

Samsung’s new Chromebooks are Google’s answer to the iPad Pro and Surface Pro - The Verge
Posted by John H Armwood II at 5:16 PM