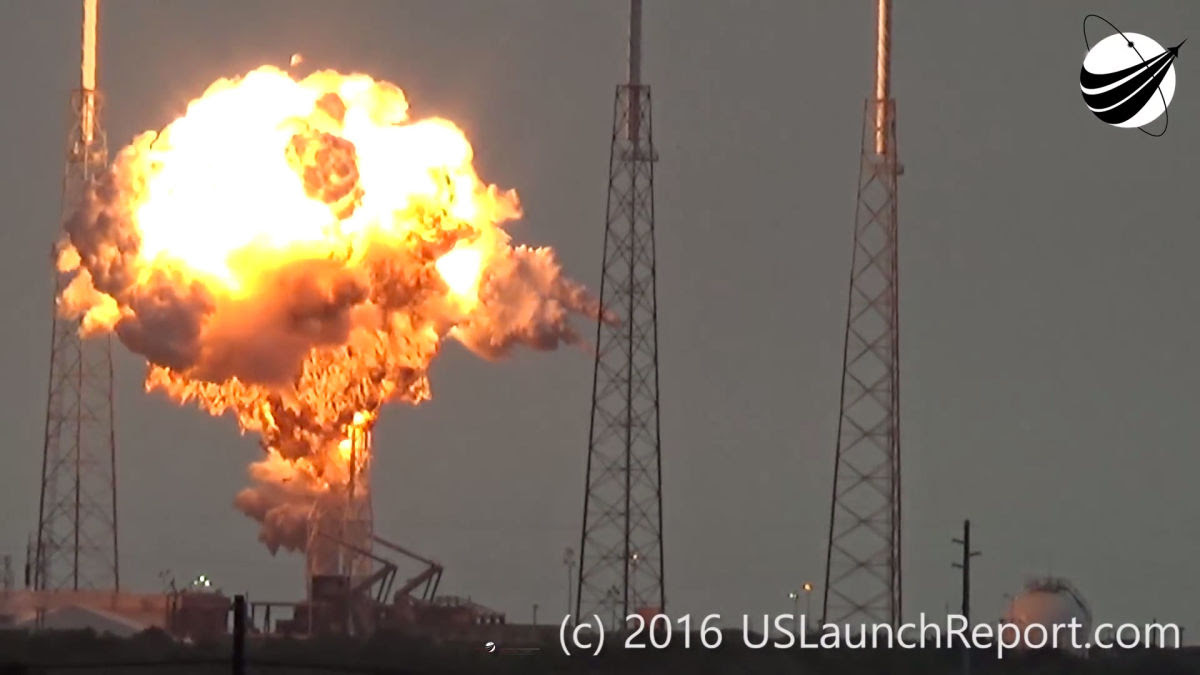 “Space is hard.” It’s a common refrain among the orbitally inclined. The billionaire Richard Branson said it when Virgin Galactic’s SpaceShipTwo crashed in the Mojave Desert in the fall of 2014, killing one test pilot and seriously injuring another. The astronaut Scott Kelly said it last June, when a SpaceX rocket carrying supplies to him and his colleagues aboard the International Space Station disintegrated in midflight. Charles Bolden, the administrator of NASA, said it this April, in a speech about the challenges of space exploration in the twenty-first century. On Thursday, the moment was right to spit-polish the adage and trot it out once again. At 9:07 A.M. that morning, during a pre-flight test, a rocket designed and built by SpaceX, a private aerospace company, exploded at Cape Canaveral Air Force Station, in Florida. A fireball emanated from the rocket’s second stage—the narrow neck just below the bulging payload at the top—and, fed by kerosene and liquid oxygen, consumed the rest of the vehicle. The area was clear of personnel at the time, as protocol requires, so there were no injuries. In the footage of the mishap, which SpaceX has called an “anomaly,” birds wheel through the sky and sing brightly as the rocket burns. Cape Canaveral abuts several wildlife refuges; presumably the fauna there have become accustomed to the thundering sound of human failure."

What the SpaceX Explosion Means for Elon Musk and Mark Zuckerberg - The New Yorker
Posted by John H Armwood II at 3:28 PM