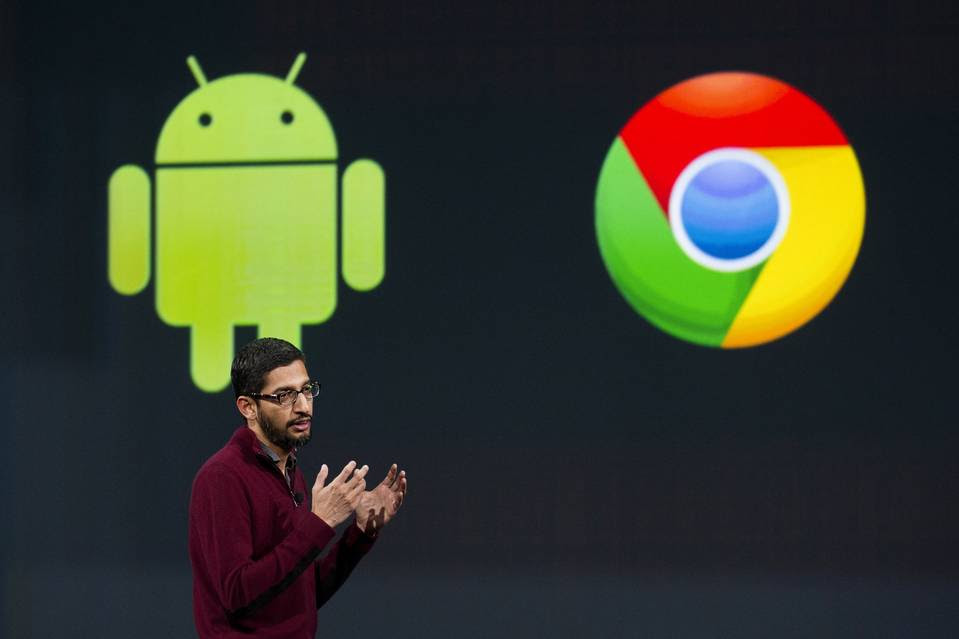 ENLARGE
Google CEO Sundar Pichai assumed responsibility for Android, as well as Chrome, in 2013. PHOTO: DAVID PAUL MORRIS/BLOOMBERG
By
ALISTAIR BARR
Updated Oct. 29, 2015 8:28 p.m. ET
66 COMMENTS
Alphabet Inc.’s Google plans to fold its Chrome operating system for personal computers into its Android mobile operating system, according to people familiar with the matter, a sign of the growing dominance of mobile computing.
Google engineers have been working for roughly two years to combine the operating systems and have made progress recently, two of the people said. The company plans to unveil its new, single operating system in 2017, but expects to show off an early version next year, one of the people said.