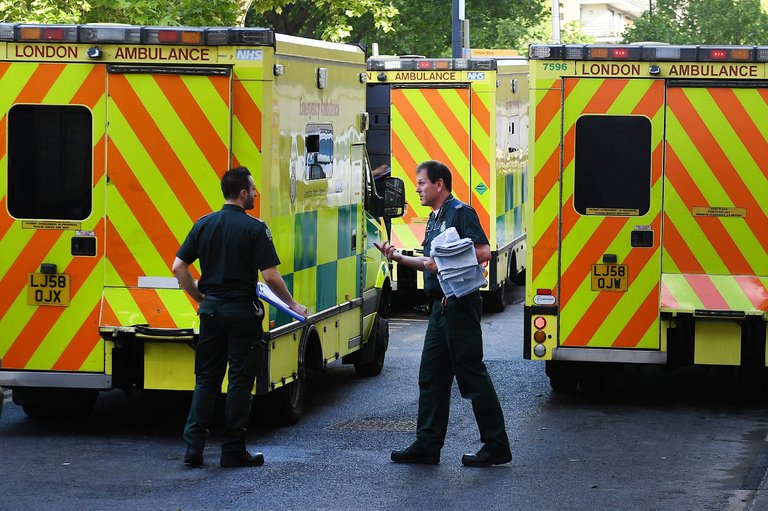 "LONDON — An extensive cyberattack struck computers across a wide swath of Europe and Asia on Friday, and strained the public health system in Britain, where doctors were blocked from patient files and emergency rooms were forced to divert patients.

The attack involved ransomware, a kind of malware that encrypts data and locks out the user. According to security experts, it exploited a vulnerability that was discovered and developed by the National Security Agency.

The hacking tool was leaked by a group calling itself the Shadow Brokers, which has been dumping stolen N.S.A. hacking tools online beginning last year. Microsoft rolled out a patch for the vulnerability last March, but hackers took advantage of the fact that vulnerable targets — particularly hospitals — had yet to update their systems.

The malware was circulated by email; targets were sent an encrypted, compressed file that, once loaded, allowed the ransomware to infiltrate its targets.

Reuters reported that employees of Britain’s National Health Service were warned about the ransomware threat earlier on Friday.

By then, it was already too late. As the disruptions rippled through hospitals, doctors’ offices and ambulance companies across Britain on Friday, the health service declared the attack as a “major incident,” a warning that local health services could be overwhelmed by patients.

Among the many other institutions that were affected were hospitals and telecommunications companies across Europe, Russia, Asia and beyond, according to MalwareHunterTeam, a security firm that tracks ransomware attacks. Spain’s Telefónica and Russia’s MegaFon were among the targets.

Attacks were being reported in Britain and 11 other countries, including Turkey, Vietnam, the Philippines, Japan, with the majority of affected computers in Russia. The computers all appeared to be hit with the same ransomware, and similar ransom messages demanding about $300 to unlock their data.

The attack on the National Health Service seemed perhaps the most audacious of the attacks, because it had life-or-death implications for hospitals and ambulance services.

Tom Donnelly, a spokesman for N.H.S. Digital, the arm of the health service that handles cybersecurity, said in a phone interview that 16 organizations, including “hospitals and other kinds of clinician services,” had been hit by a cyberattack. Officials later updated that number to at least 25.

“It is still ongoing,” he said. “We were made aware of it this afternoon.”

The service’s digital arm said in a statement that the attack involved a variant of ransomware known as Wanna Decryptor.

The user is asked to pay a ransom to unlock the computer. It has become an increasingly prevalent problem. Last year, a Los Angeles hospital paid $17,000 after such an attack; earlier this year, hackers shut down the electronic key system at a hotel in Austria