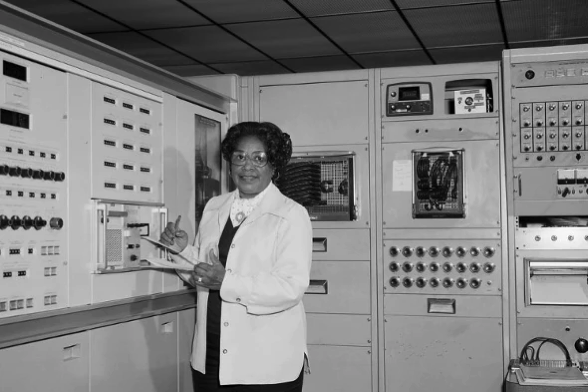 "In the 1960s, Mercury astronauts Alan Shepard, Gus Grissom, John Glenn and others absorbed the accolades of being the first men in space. Behind the scenes, they were supported by hundreds of unheralded NASA workers, including 'human computers' who did the calculations for their orbital trajectories. 'Hidden Figures,' a 2016 book by Margot Lee Shetterly and a movie based on the book, celebrates the contributions of some of those workers. Beginning in 1935, the National Advisory Committee for Aeronautics (NACA), a precursor of NASA, hired hundreds of women as computers. The job title designated someone who performed mathematical equations and calculations by hand, according to a NASA history. The computers worked at the Langley Memorial Aeronautical Laboratory in Virginia. Human computers were not a new concept. In the late 19th and early 20thcentury, female ‘computers’ at Harvard University analyzed star photos to learn more about their basic properties. These women made discoveries still fundamental to astronomy today. For example: Williamina Fleming is best known for classifying stars based on their temperature, and Annie Jump Cannon developed a stellar classification system still used today (from coolest to hottest stars: O, B, A, F, G, K, M.) During World War II, the computer pool was expanded. Langley began recruiting African-American women with college degrees to work as computers, according to NASA. However, segregation policies required that these women work in a separate section, called the West Area Computers—although computing sections became more integrated after the first several years.  As the years passed and the center evolved, the West Computers became engineers, (electronic) computer programmers, the first black managers at Langley and trajectory whizzes whose work propelled the first American, John Glenn, into orbit in 1962.  'Hidden Figures' focuses on three computers, Mary Jackson, Katherine Johnson and Dorothy Vaughan. Here are brief biographies of these women: "

(Via.).  The Story of NASA's Real "Hidden Figures" - Scientific American