Mossberg: The 9.7-inch iPad Pro might be your lightest laptop, thanks to Logitech | The Verge 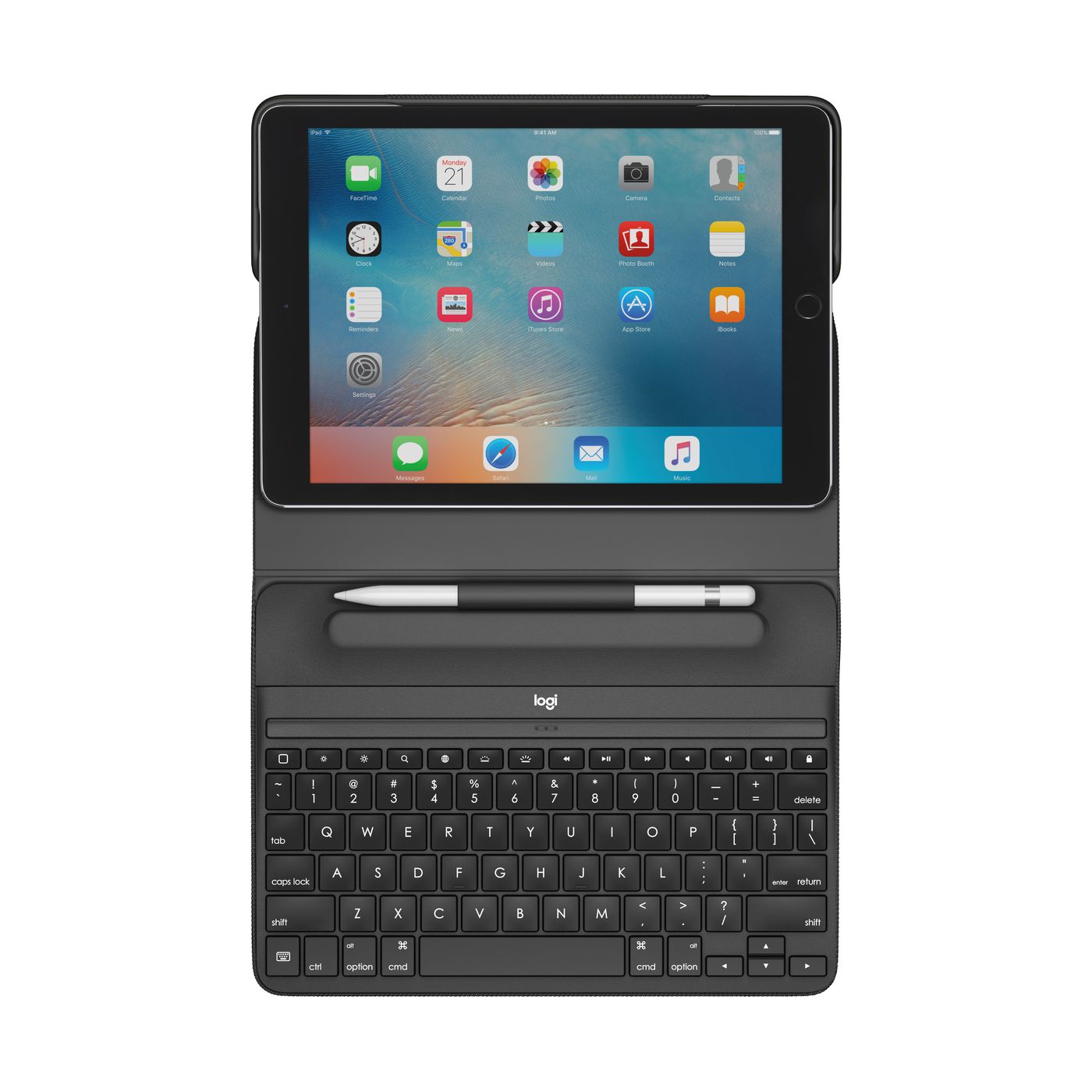 "When the iPad came out in 2010, I wrote that it might upend the laptop if it could perform enough of the scenarios a user performed on his or her laptop, using its modern, full-screen, touch-centric software. For me, personally, it performed quite a few, and I used my laptop less and less.

Years later — last November — when Apple came out with the original, huge, 13-inch iPad Pro, complete with snap-on keyboard (a move that followed Microsoft’s lead), the promise was tantalizing that it might totally replace the need for a laptop. But after reviewing it, I felt it had missed the mark for three reasons.

First, I found its size too big and bulky for holding while reading or watching video. Second, though Apple’s huge library of tablet apps worked well on standard-sized iPads, there wasn’t much that made use of the ginormous screen.

But the most important reason I couldn't replace my laptop with an iPad was the keyboard. I disliked Apple’s keyboard, which has a flat-feeling simulated key travel and lacks backlighting and dedicated feature-control keys for the iPad.

Apple managed to overcome my first two objections with a smaller, standard 9.7-inch version of the Pro released in March. It even surpassed its big sibling in a few areas, including the screen and cameras. But it still had the same Apple keyboard, only now more cramped. So I upgraded, and waited for somebody to release a really nice 9.7-inch snap-on keyboard (as opposed to the many Bluetooth keyboards that require pairing and charging)."

Mossberg: The 9.7-inch iPad Pro might be your lightest laptop, thanks to Logitech | The Verge
Posted by John H Armwood II at 10:20 PM