Acer Switch Alpha 12 review: Surface on a budget | The Verge 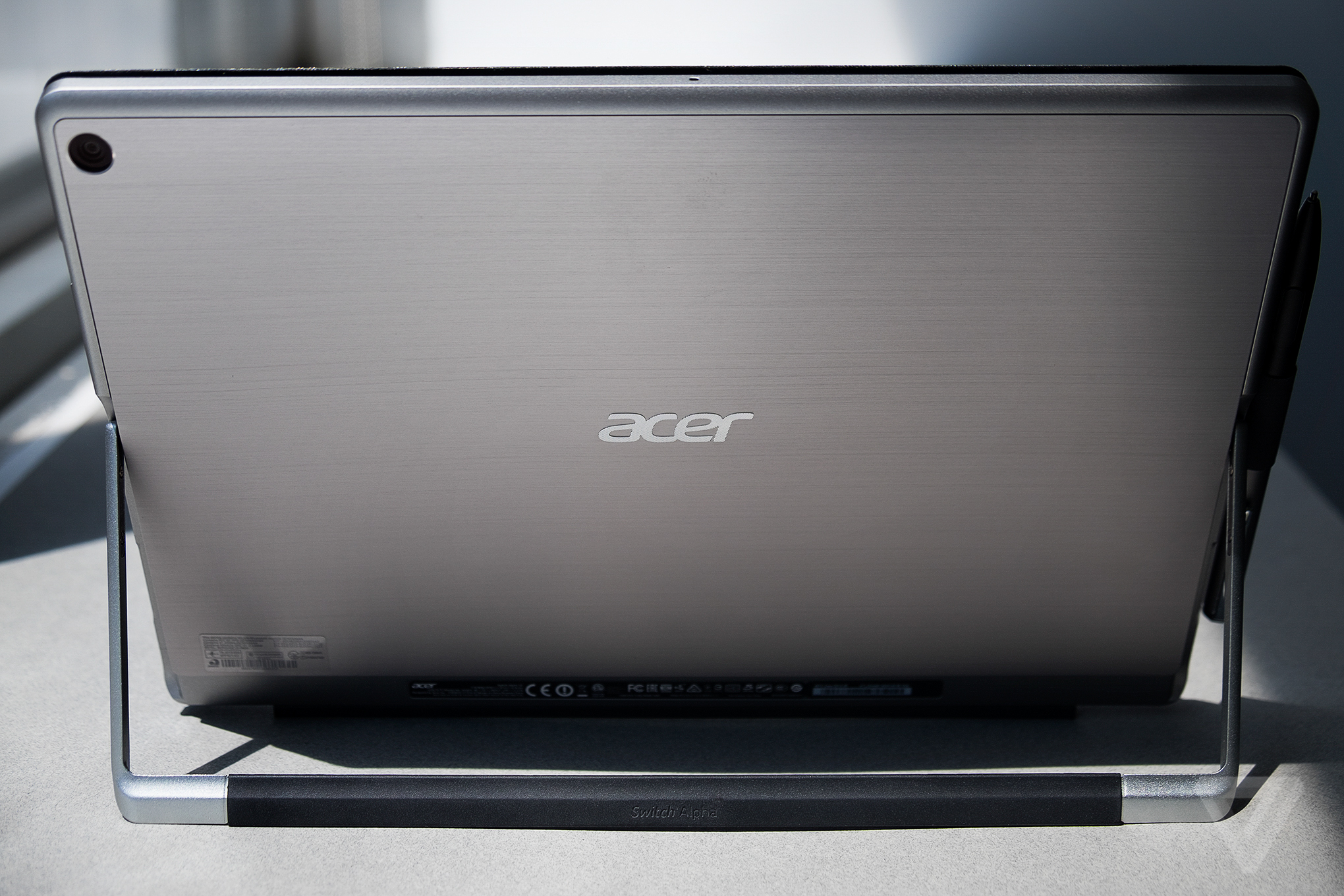 "At first glance, Acer’s Aspire Switch Alpha 12 looks very much like a me-too device. It’s a Microsoft Surface clone running Windows 10, albeit with a slightly different kickstand and a clever way of cooling itself (liquid, instead of fans). So when I started using it a couple weeks ago, I fully expected that the title of this review would end up being something along the lines of "Sure, why not?"

But my first glance was wrong — or rather, I was looking at the wrong thing. When most people walk into a Best Buy (or a Costco, which has a special bundle on this tablet), the thing they see first is obvious: the price. The Switch Alpha 12 is cheap, coming in as low as $699 for a decently specced model. That’s midrange laptop territory, not "fancy convertible tablet / laptop hybrid with a touchscreen and removable keyboard" territory.

So yes, I shrugged at the Alpha 12, then I used it and shrugged some more: it’s fine, good even, a perfectly serviceable device that does the jobs I expect it to do. But it’s hard to shrug off the price, which (depending on your options) ends up being 500 bucks less than the Surface it’s so clearly modeled after."