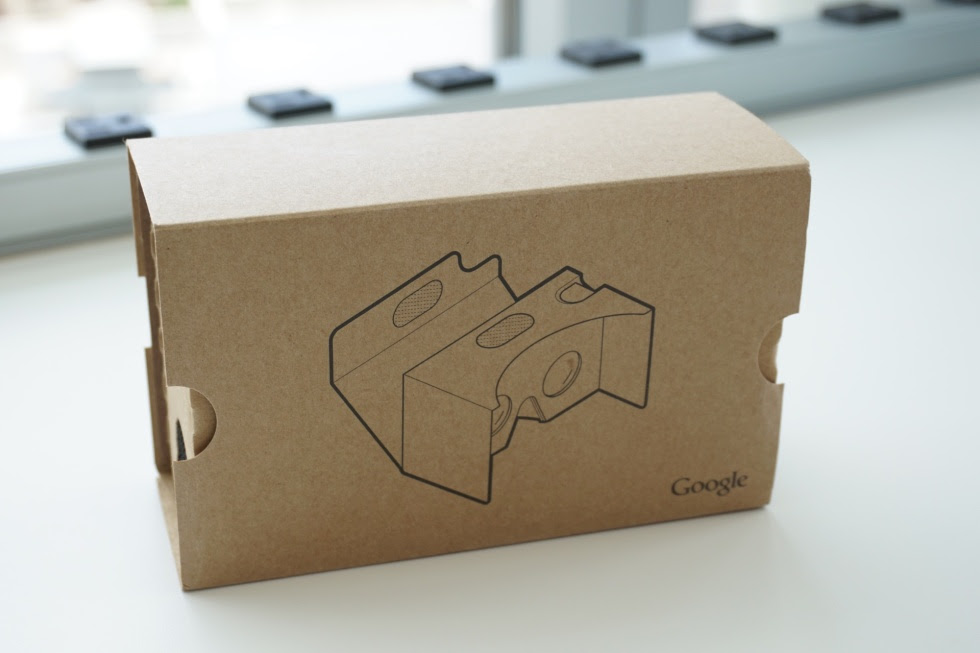 "Cardboard is decidedly low-tech, which is kind of the point. It's predominantly, well, cardboard, with lenses, a few patches of padding and velcro, and a rubber band thrown in. The velcro holds the various flaps together, your phone rests on the rubber band to keep it from sliding around, and the lenses obviously magnify the screen. The most expensive part of the whole thing is your phone, though in most people's cases that will be something they own already rather than an extra expenditure.

To turn your phone into a VR machine, download the Cardboard app from Google Play or Apple's App Store, launch it, and scan the QR code on your Cardboard headset. A surprising number of Cardboard variants are available for sale, and the onscreen display will change subtly based on how each one is laid out. Once the app is running, strap your phone into your headset and lift the headset to your face.

To be clear, using Cardboard is not nearly as elegant as using Oculus Rift or even a higher-tech version of the same smartphone-meets-face concept like Samsung's Gear VR. This version of the headset has no strap, so you've got to hold it to your face the whole time you use it (the DIY nature of Cardboard means you could add your own pretty easily, though). The lenses easily get dirty with dust and cardboard detritus, and the cheap magnifying glass used means that the "display" itself looks a bit smeary and blurry no matter what phone you use.

That said, this is still a plausible VR experience even though it's being delivered through literally a block of cardboard. The phone's sensors do a decent job of head tracking, eliciting that small involuntary "whoa this is cool" smile that you can't help but get when you experience VR that's working properly. Zooming around in Google Earth even gave me that vague feeling of queasiness after a few minutes, just like I got the first time I tried out a Rift developer kit (that nausea is something that higher-end VR headsets are working to minimize, though). The relative blurriness of the display also helps reduce the "screen door" effect you'd normally see with lower-resolution (for VR) 300- or 400-PPI screens."