"Apple’s latest iPad Pro has one upgrade from last year: a new processor. That enables a new feature for the Apple Pencil and is technically faster than the old one. But since this year’s update is so small, here’s a wish list for things when Apple does redesign its top-of-the-line iPad.

It’s a weird year for the iPad Pro. Apple’s top-of-the-line tablet computer has gotten one of its smallest upgrades in recent memory, while the new 10th-gen iPad received things Pro owners have been longing for on their devices for years. And the midtier iPad Air continues to get better with each generation, which just encroaches more on the Pro’s territory. Owners of existing iPad Pro models can happily hang on to what they have and not miss much; if you’re considering buying a Pro this year, I encourage you to look for a sale on last year’s models before committing to the cost of a brand new one.

Still, the $799-and-up iPad Pro remains The Best iPad in Apple’s lineup, the iPad for those who want the best screen, the best performance, and the latest hardware and are willing to pay for it. This year’s update doesn’t change that. It has the same external hardware and design as the 2021 model, but inside, it gets the latest M2 silicon from Apple and upgraded Wi-Fi capabilities. And if you’re an artist that likes using an iPad, there’s a new feature exclusive to the new Pro that makes working with the Pencil easier. 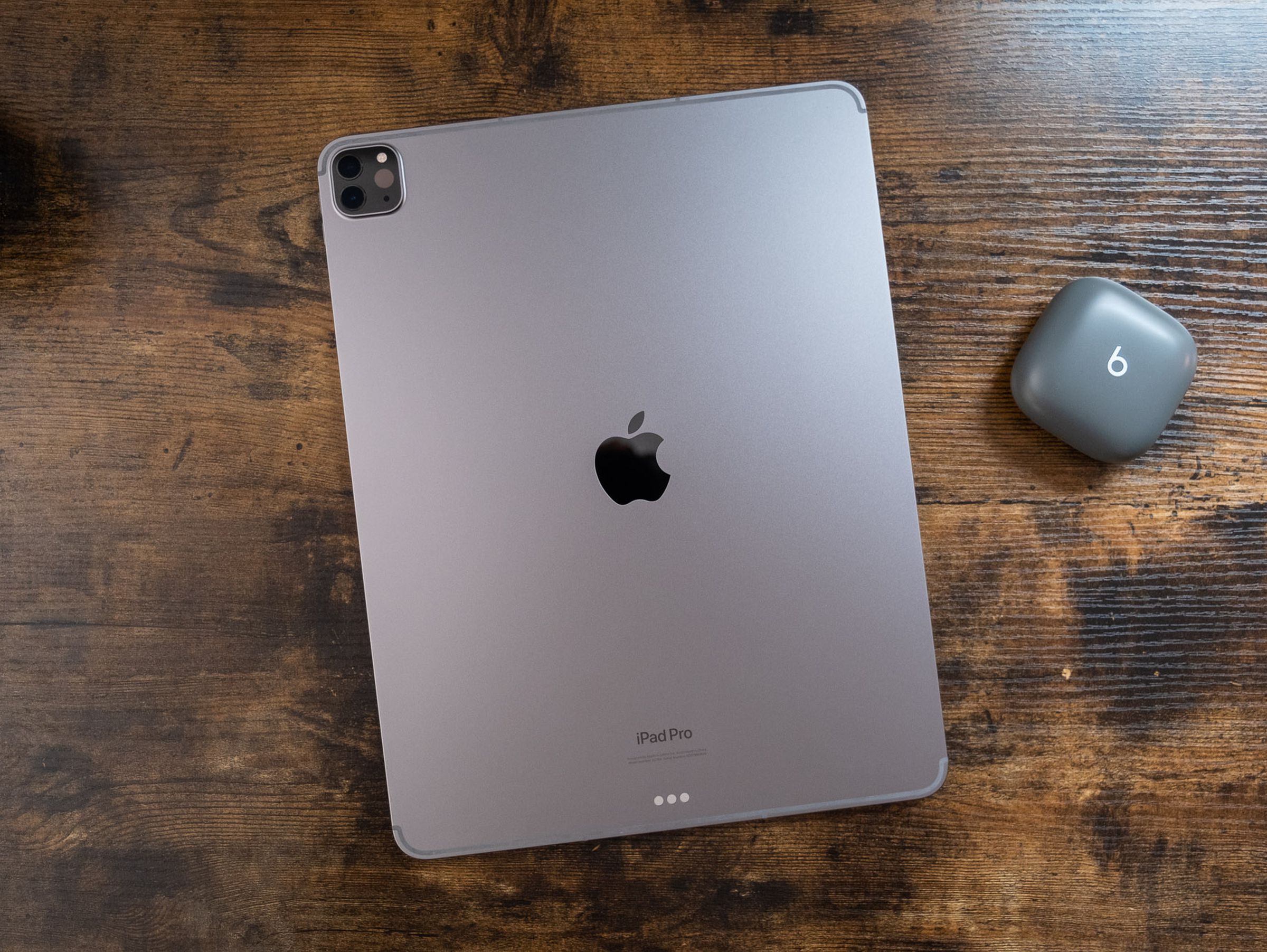 In terms of hardware and design, there’s really nothing to say that wasn’t covered in our review of the 2021 model, so I encourage you to read that for the full rundown. This new iPad Pro has the same general design we’ve seen since 2018 — it does feel overdue for a refresh, but we didn’t get it this year.

The Mini LED display on the 12.9-inch model remains tremendous and a joy to look at, whether you’re watching movies or just doing day-to-day productivity work. Sadly, it’s still limited to the largest iPad — the 11-inch Pro has the same standard ProMotion LCD that it’s had since 2018. (With the 10th-gen iPad and iPad Air basically offering the same size screen and design as the 11-inch Pro, it’s really starting to feel like a forgotten stepchild in Apple’s iPad lineup, which bums me out personally as an 11-inch owner.)

All of the accessories for the iPad Pro carry over to this year’s model, including the same Magic Keyboard case and second-gen Apple Pencil. The 10th-gen iPad got a new Magic Keyboard Folio that’s more flexible than the Pro’s keyboard option and includes a full function row, but it’s not compatible with either version of the Pro, sadly.

Inside, the iPad Pro gets the latest M2 silicon, matching what you can get in the MacBook Air and 13-inch MacBook Pro released earlier this year. It’s faster, at least in benchmark tests, and includes M2-specific capabilities like a stronger media encoding engine. It also enables recording ProRes video with the iPad Pro’s cameras, which is very useful if you’re pretending to shoot a movie with an iPad in an Apple commercial.

But the vast majority of iPad users will not perceive any difference in performance between the M1 and M2 models (and really, any iPad Pro from 2018 or later). Still, the Pro is very fast and responsive, and I had no issue using it for my daily productivity work, at least until I ran into the limitations of iPadOS. Also, battery life on the 12.9-inch model I’ve been testing is basically identical to my experience with the M1 iPad Pro, so the added horsepower isn’t costing us anything there.

The M2 does bring a new feature to the Apple Pencil, which allows you to “hover” the Pencil over the screen from about 12mm away and see different actions happen. This works with the existing second-gen Pencil, so you don’t need to buy a new Pencil to use it. But Apple is limiting it to M2 iPads — it’s not available on the M1 or older models.

The hover feature is mainly aimed at artists — apps like Procreate (once it releases an update) will let you see where the Pencil will make a mark on the screen before you put it down for better accuracy. It also allows apps to program different actions to the double-tap gesture when the Pencil is in hover mode versus touching the screen directly.

Apple’s Notes app supports the new hover mode, too, and I was able to demo mixing watercolor paints and seeing what the resulting look would be before committing it to my digital canvas. But I am not an artist, so that’s about as far as I can take it.

For those of us who use the Pencil for notetaking and navigating the iPad’s interface, however, and I wish the hover feature did more. Outside of art creation, the hover feature lets you use the Pencil as a cursor to highlight things on screen before you touch them — just like you might mouse over a button or link with the trackpad on the Magic Keyboard. It also speeds up Apple’s Scribble feature, which lets you handwrite in a text box and have that converted to typed text. That’s nice.

But other than that, the hover mode doesn’t have much to offer. I’d love to use it for previewing full webpages à la how 3D touch used to work (and long presses currently work) on the iPhone. Or maybe I could hover it over an album of images in the Photos app or a folder in the Files app and get a scrollable preview of what’s inside without having to open it. Perhaps I could hover over a date in an email message and get a glimpse at my calendar to see if I have room for an appointment on that day. Samsung’s been doing these kinds of things with its S Pen on its phones and tablets for years, and they are truly helpful. I wish Apple took this further.

Lastly, the iPad Pro now supports Wi-Fi 6E, up from Wi-Fi 6 last year, which is mostly a future-proofing thing. It is something you expect on the latest, top-of-the-line model, so I’m glad to see it.

That’s really all there is to say about the new iPad Pro’s hardware. It’s the same design we’ve known for four years and the same display as last year’s model. If you own a 2018 or newer Pro and it’s still working well, I’m hard-pressed to convince you to upgrade to this year’s model.

The rest of the story is its software, and for that, you should read David Pierce’s review of iPadOS 16 and Stage Manager. The fundamental story hasn’t changed much — iPadOS still doesn’t feel like it’s making the most use of the extremely capable hardware on tap here.

Since there isn’t much else to say about what we got with the iPad Pro refresh this year, I’m taking the rest of this article to list things I would like to see whenever Apple does redesign its highest-end iPad:

Photography by Dan Seifert / The Verge

Every smart device now requires you to agree to a series of terms and conditions before you can use it — contracts that no one actually reads. It’s impossible for us to read and analyze every single one of these agreements. But we’re going to start counting exactly how many times you have to hit “agree” to use devices when we review them since these are agreements most people don’t read and definitely can’t negotiate.

This agreement is nonnegotiable, and you cannot use the tablet at all if you don’t agree to them.

Apple further gives you the option to agree to

The iPad also prompts you to set up Apple Cash and Apple Pay at setup, which further means you have to agree to:

If you add a credit card to Apple Pay, you have to agree to: