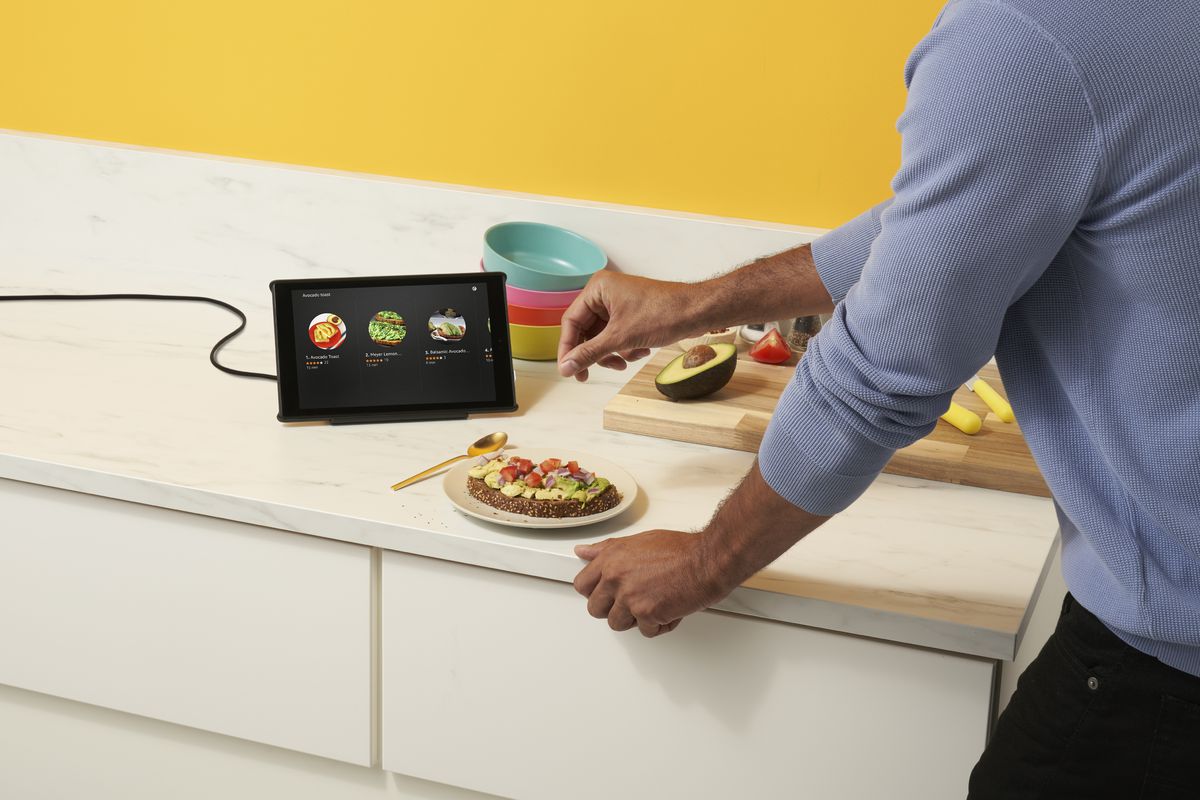 "If you’re the owner of an Amazon Fire tablet and wished it was something more like the Echo Show, Amazon has some new products for you. The new Show Mode Charging Dock for the Fire HD 8 and Fire HD 10 provides an easy way to charge the tablets, while propping them up at the same time. Thanks to the new Show Mode feature, which will be rolling out in a software update starting on July 2nd, the dock also turns the tablets into an Echo Show, with an always-on time, weather, and news ticker display and hands-free control via the Alexa voice assistant.

Enabling these kinds of features on the tablets makes sense, as both of them already have hands-free access to Alexa and many of the same Amazon software services as the Echo Show. You can view song lyrics, read recipes, watch news bulletins, set timers, or pull up Amazon Prime Video content on the tablets in a hands-free interface that mirrors what you get on the Echo Show. Putting the tablet on the dock will automatically launch Show Mode, taking it off reverts it back to the standard Fire tablet interface.

Along with the new Show Mode Charging Dock, Amazon is also coming out with the Fire HD 10 Kids Edition, a larger, more powerful tablet designed for kids. It has the same hardware as the Fire HD 10 tablet released late last year. That includes a 10-inch, 1080p display; 32GB of storage; a quad-core processor; and up to 10 hours of battery life.

Like the smaller Kids Edition tablets, the Fire HD 10 version includes a rubber bumper case in blue, pink, or yellow; a two year guarantee against any sort of damage; and a year subscription to Amazon’s FreeTime Unlimited service, which provides access to books, video, apps, and games tailored to specific ages. The Fire HD 10 Kids Edition is available for preorder for $199.99 starting today and will ship on July 11th."