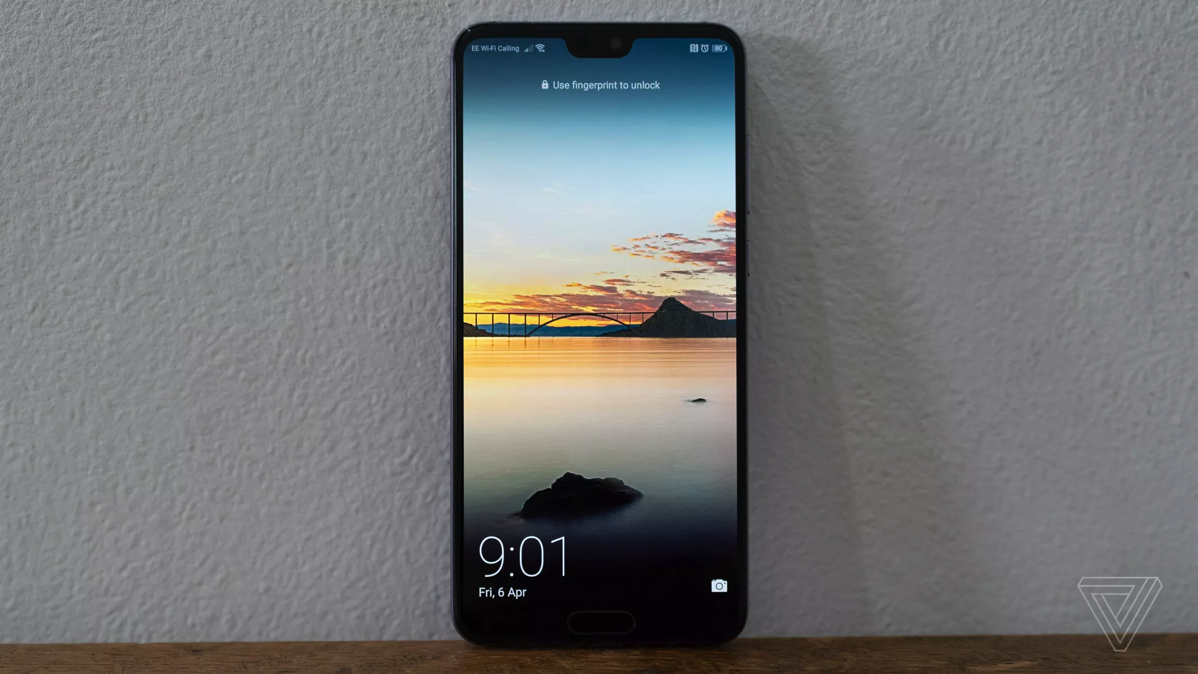 "I’ve spent every waking moment of the past 10 days in the company of the Huawei P20 Pro. This phone has surprised and delighted me like few others, and what you are about to read is a collection of happy words about it. I don’t think the P20 Pro is perfect, nor the best phone ever released, but I do believe it’s one of the most important devices we’ve seen in the mobile world for years.
In spite of its massive networking and telecommunications business, and the millions of phones it sells in its native China, Huawei has remained an underdog in other smartphone markets. The P20 Pro changes that. This phone is as powerful, refined, fast, stylish, and desirable as anything we’ve seen from Samsung, LG, and HTC at their best. At a time when US spy agencies are warning Americans off Huawei phones due to (so far unsubstantiated) espionage fears, Huawei is responding in the best possible way: by making amazing phones.
Huawei is releasing the P20 Pro today for a price of €899 in Europe with 6GB of RAM and 128GB of storage. That places it in direct confrontation with Samsung’s Galaxy S9 and Apple’s iPhone X. And the remarkable thing is how well Huawei’s phone competes in that rarified class of super flagships.

The P20 Pro is a typical Chinese phone in that it has an overwhelmingly rich spec sheet and an eye-catching design. But it’s different in how effectively it capitalizes on its high specs and in how subtly beautiful it is. Instead of one color, Huawei has given this phone an iridescent gradient paint job that exudes sophistication. The combination of beauty and brawn here is topped off with IP67 certification for water and dust resistance. Every phone company wants to imbue its devices with a premium feel, but few succeed as well as Huawei has done with the P20 Pro.
It starts as soon as you take the phone out of the box, with its perfectly contoured sides resting softly in the palm of your hand. For a phone with glass on both the front and back, the P20 Pro feels surprisingly rigid and durable. With a huge 4,000mAh battery inside, it also conveys a satisfying sense of density that only Apple’s iPhone X can match. There’s a litany of subtle design details and pleasing symmetries in this Huawei design that add up to create a positive first impression. I love the inconsequential but cool accent color on the power button, for instance. It’s fair to say that I liked the P20 Pro before I even turned it on.
Coming from a Google Pixel 2 XL, I find the P20 Pro to be an ergonomic upgrade. Huawei’s phone has a slightly larger screen, at 6.1 inches, but is physically smaller. That’s something that notch detractors will have to consider before they criticize the notch on the P20 Pro: it does provide more screen real estate than an un-notched design. But more to the point, the P20 Pro is easy to pick up and to grip securely. The glass surfaces can feel slippery, however I haven’t come close to dropping the phone even once during all my testing (which is unusual).

My two complaints about the P20 Pro’s industrial design are minor. One is that the rear glass picks up fingerprints with the same ease as the Galaxy S9 and iPhone X that Huawei is competing against. And the other downside is the size of the camera bump, which is roughly the same as Apple’s on the iPhone X and leads to similar issues of the phone being imbalanced when laid on a flat surface.

Huawei’s decision to retain the fingerprint sensor at the front of the phone was peculiar to me, given how everyone else has either removed it (Apple), shifted it to the back (Samsung), or integrated it directly into the display (Vivo). But it took me only moments of using the P20 Pro’s fingerprint reader to realize that keeping it was the right move. It is astonishingly fast and accurate, and the way it feels under my thumb is great. It takes no more than a glancing tap to unlock the phone, and I appreciate still having a home button for exiting full-screen apps with a single tap. In-display fingerprint sensors can’t yet compete with the quickness of a discrete solution like Huawei’s, while rear-mounted ones just aren’t as easy and intuitive to use as those at the front.
As if the fingerprint ID system wasn’t swift enough, Huawei has also added a Face Unlock option to the P20 Pro, which uses the front-facing 24-megapixel camera. I was again skeptical that this would be anything other than an Apple-chasing spec gimmick, but my skepticism was quelled by the experience. Face Unlock on this phone is instant in almost all circumstances. Even when I locked myself in an unlit bathroom, the phone took less than a second to identify me. Is this system as secure as Apple’s more sophisticated Face ID? No. But its speed and accuracy are at least as good, if not better.
Like the majority of its Android rivals this year, Huawei will be criticized for having a notch at the top of its display and a “chin” at the bottom. The P20 Pro can shrug off those complaints on the strength of its awesome fingerprint reader and genuinely useful face-unlocking technology. I even love the circular earpiece and the loud, crisp sound that it produces during calls. Nothing about this design is superfluous or perfunctory. And if you truly hate the notch, Huawei gives you the option to hide it away.
The 6.1-inch, Full HD+ display on the Huawei P20 Pro is excellent. There are a couple of color modes to choose from, and once I switched to the Natural one, I got colors that had just the right amount of saturation and vividness. Not perfectly accurate, perhaps, but perfectly suited to consumer mobile use. The Pixel 2 XL feels drab by comparison, while the recent HTC U11+ appears lurid and oversaturated. Only the two phones that Huawei is trying to overcome, the iPhone X and Galaxy S9, can claim to have displays as good as the P20 Pro. All three are OLED, all three can be used comfortably in bright outdoor conditions, and all three provide plenty of sharpness, contrast, and accuracy. Huawei has its own version of Apple’s True Tone tech, which adjusts color temperature in accordance with ambient light around the phone: it’s subtle and works brilliantly well.

The cameras are intended to be the Huawei P20 Pro’s biggest differentiating feature. The 24-megapixel selfie cam is joined by a 40-megapixel f/1.8 main camera, a 20-megapixel f/1.6 monochrome camera, and an 8-megapixel f/2.4 telephoto camera on the back. If you’re in the mood for math, that’s 92 megapixels of image-processing might.
Huawei makes smart use of all those pixels by combining four of them into one, similarly to what Nokia previously did with its PureView cameras on the 808 and Lumia 1020 (incidentally, Huawei’s head of imaging, Eero Salmelin, is a veteran of Nokia’s PureView team). This approach produces sharper, cleaner images at a lower resolution. You can still shoot 40-megapixel stills if you insist on it, but the default (and the highest quality) setting is a 10-megapixel shot with the combined light information from the whole sensor.