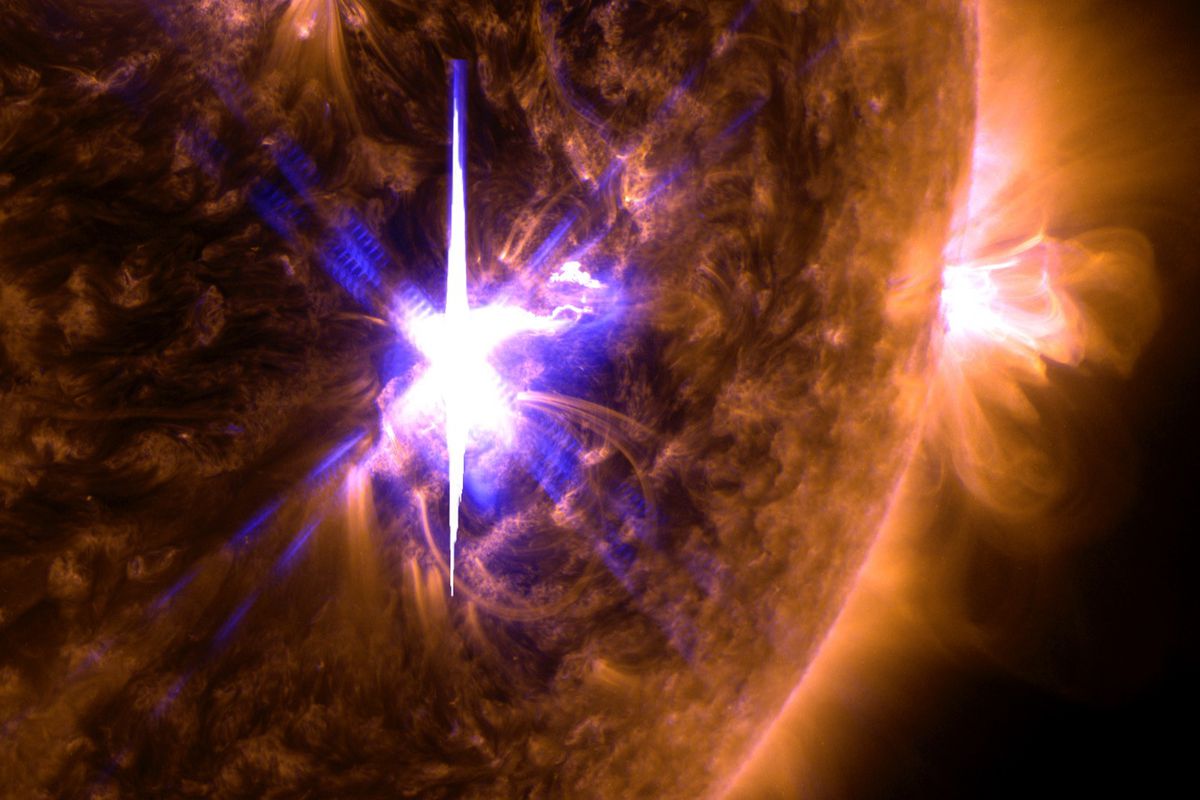 "While the hurricanes popping up in the Atlantic has captured everyone’s attention, the Sun has had its own active week as well. A total of six solar flares have erupted from the same active sunspot since Monday — including the largest flare the Sun has produced in its current cycle.

Sunspots are cool, dark regions on the Sun’s surface with strong magnetic fields. These solar phenomena pop up on the Sun from time to time, sometimes relatively frequently. In fact, the Sun has a roughly 11-year sunspot cycle — the result of the its changing magnetic field. Magnetic material inside the Sun is always moving and rising to the surface, and it eventually causes the Sun’s north and south poles to flip. Because of this, the Sun alternates between two periods: solar maximum — when sunspots are much more frequent on the Sun’s surface — and solar minimum — when the Sun’s surface is relatively sunspot free.

Right now the Sun is actually on the downswing, heading toward solar minimum. But NASA says sunspots can still form on the Sun, and they can sill lead to powerful solar flare eruptions. These flares don’t pose any significant threats to Earth, but they can mess with our power systems. Flares are associated with something called coronal mass ejections, when high-energy plasma is sent out into space. When this reaches Earth, the plasma interacts with the magnetic field and particles surrounding our planet, causing geomagnetic storms that can impact satellites and even electronics on the ground.

The biggest flare to erupt from this active sunspot occurred on September 6th, and apparently the radio blackout that it caused has already passed. Check out the flares below, thanks to observations from NASA’s Solar Dynamics Observatory — a satellite that has been monitoring the Sun since 2010."

The Sun has produced a whole bunch of solar flares this week - The Verge
Posted by John H Armwood II at 6:13 PM