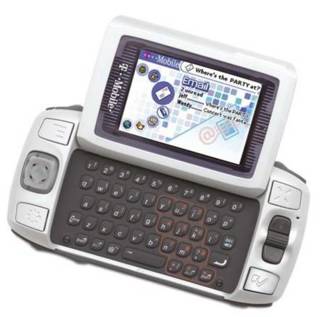 Posted by John H Armwood II at 6:25 PM 10 comments: Links to this post

The company says the Sidekick II went through a low-carb diet and is 25 percent slimmer than the original model. The new Sidekick II comes with a fully integrated camera and flash, enhanced phone sound quality and functionality such as a speakerphone; and enhanced battery life to give customers approximately 4.5 hours of talk time.

New features on the Sidekick II include:


HiFi Ringers: Get ringtones based on the straight-up, full-on actual recorded songs from top artists. Everything from hip-hop and rock to classic soul.

Contacts: Keep up to 2,000 of your personal contacts on this new version

The color screen swivels open to showcase a full QWERTY keyboard. T-Mobile Sidekick II owners get their own email account and can set up as many as three external accounts to deliver email directly to their inbox. Yahoo! Messenger is now available for download to the T-Mobile Sidekick II, in addition to the fully integrated version of AOL Instant Messenger (AIM) service.

Posted by John H Armwood II at 6:21 PM 3 comments: Links to this post 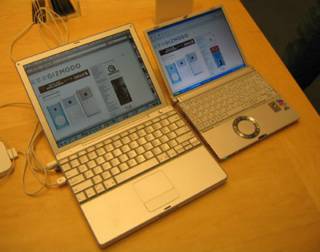 Posted by John H Armwood II at 10:24 PM No comments: Links to this post

One of the great things working at Gizmodo has allowed me to do is to get my hands on a whole range of gadgetry that I probably wouldn't have been able to play around with otherwise. Since I work from home, each ring of the doorbell means there's probably something new coming, so it's a little like Christmas, except when I return the gifts nobody gets pissy. But despite the joy of opening up all the gadgets and trying them out, most of them -- especially the laptops -- end up being disappointing, and I'm rarely too upset to send them back to the vendor and manufacturer.

Not so with the Panasonic R3, a machine so well put-together that I actually considered buying one for my own personal use, and if it didn't cost twice that of my budget (importers are selling it for around $2800 for a fully-spec'd out unit), I probably would have. What makes the R3 the hands-down best sub-notebook I've ever used? Well, for starters, it actually usable.


Posted by John H Armwood II at 10:20 PM No comments: Links to this post

Posted by John H Armwood II at 10:12 PM No comments: Links to this post

Posted Aug 3, 2004, 10:53 AM ET by Peter Rojas
Not 100% confirmed, but it looks like August 26th will be the first date HP’s new h6315 Pocket PC Phone (the one with built-in WiFi and Bluetooth) will finally go on sale, with T-Mobile set to be the exclusive carrier, at least here in the States.
Posted by John H Armwood II at 10:09 PM No comments: Links to this post 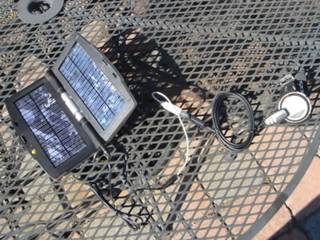 Posted by John H Armwood II at 10:06 PM No comments: Links to this post

If you own a Suunto SPOT Smart Watch you usually charge it via plugging it in to an outlet or with the included USB charger (which in turn is plugged into your computer). We’re going to show you how to make a pretty cheap and easy solar charger for your watch that doesn’t touch any of the included cable(s) at all. And what we’re going to cover will most likely apply to many other USB powered gadgets you have as well, so even if you don’t have a Suunto N3 SPOT watch, there’s some good info here.

As an added bonus, we’re going to give you a sneak peak at a solar powered charger for Apple’s iPod. If you want to see that, just skip to the end.

Posted by John H Armwood II at 9:59 PM No comments: Links to this post

By Jean Yoon and Rhee So-eui
SEOUL (Reuters) - South Korea's top Web site operator Daum Communications Corp., said on Monday it would acquire Lycos Inc., the U.S. business of Spain's Terra Lycos, owner of popular sites such as Wired News and Tripod, for $95 million.
The deal underlines the growing global ambitions of technology companies in South Korea, which has more broadband connections per head than any other country, although analysts were not convinced of its investment merits.
"The buyout will provide a springboard for our company to venture into the U.S. Internet market and become a global player, Daum said in a disclosure statement to the Kosdaq exchange.
Daum will acquire 100 percent of Lycos for 111.2 billion won ($95.44 million) in cash. Terra bought Lycos in an all-stock deal in May 2000 worth $12.5 billion at the time, which was near the height of the Internet boom.
Daum will finance the deal with 70 billion won of its cash reserves and a bond issue, the statement said.
Daum, the fifth-biggest stock on the Kosdaq, rose 2.44 percent to 33,600 won as of 10:20 p.m. EDT Sunday, outperforming the wider market's 0.39 percent fall.
Lycos is ranked seventh in the United States in terms of site visits and has about 170,000 paid users, according to data provided by Daum.
South Korea has 28.6 million Internet users, or more than 60 percent of its population, and more than 11 million broad-band service subscribers, according to government data.